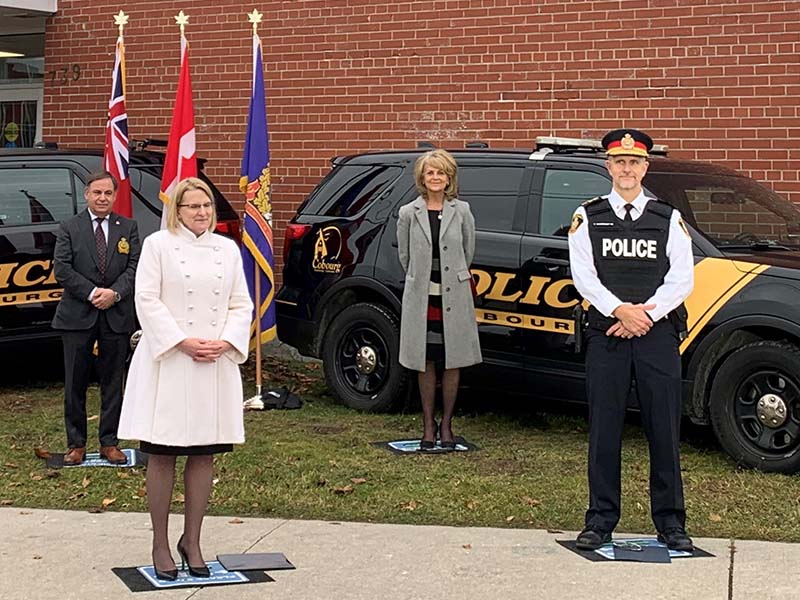 Imagine for a moment: every security camera in Cobourg, keeping an eye out for criminal activity. This is not just the cameras in ATMs at banks or systems in businesses along King Street. This is a store security camera at Wal-Mart, a camera scanning the Yacht Club storage, and, get this, every doorbell camera in the town. That’s right – the security cameras are located in people’s doorbells.

It is known as a security mesh video system. And, the Cobourg Police Service, in cooperation with Venture 13, is hoping to develop this highly innovative system that could become a prototype for police forces across the country.

It is mind-boggling. And it is in the earliest stages of development. So, there are lots of things to work out. Still, it is something the people at Venture 13 and the police chief are very excited about. The same is true for the Ontario government. It is throwing in $200,000 to help pay for its development. The federal government is also kicking in some cash and a host of others for a total budget of half-a-million dollars. It is a big deal.

There is a lot of interest from people in the high-tech world, both in Northumberland and outside.

In this interview with Consider This, we will go behind the scenes of this recent announcement to look at the significance of this project in an interview with the police chief and the executive director of Venture 13. We will talk about everything from the innovative aspects down to privacy rights.

But that is not all. The police are looking at body cameras for officers. We will talk about that new technology. We will also get a reaction from the chief about the recent dropping of charges by the Crown Attorney against the people who trespassed on Victoria Beach last summer. You will want to hear what the chief had to say about that.