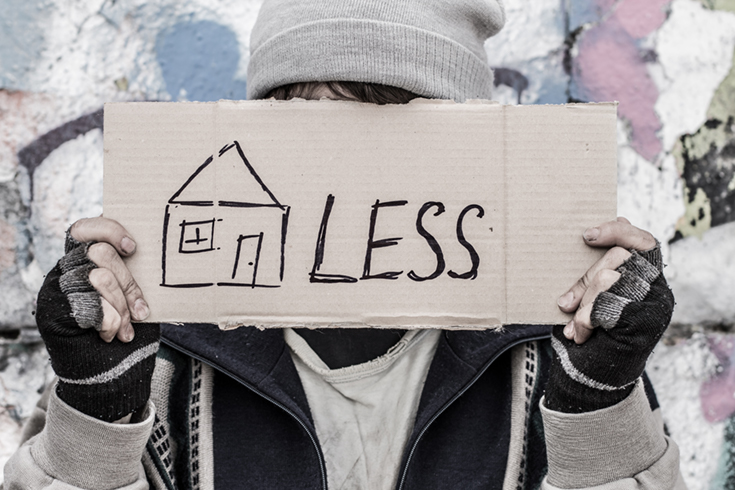 As the air becomes crisper and snowflakes tease us about what is coming, housing advocates in Northumberland County sounded a dire warning last week only days before a new federal national strategy was announced to deal with the problem.

Coincidence or not, it catapulted the issue to the front as Northumberland Affordable Housing Committee warned of a pending crisis this winter. Previous studies in the county have shown there are between 1,000 to 2,000 people either without shelter or on the brink of losing a roof over their heads.

Cornerstone and Transition House, the two government-sponsored shelters, are at capacity or over, meaning there is no emergency or temporary housing. Cobourg Police Service offers overnight accommodation and a warming room, but it is already heavily used. Port Hope Police Service is hoping to mimic the service shortly.

Still, this is nowhere near enough, advocates say.

Green Wood Coalition organizer David Sheffield acknowledges Northumberland Social Services are working the problem, there are still people on the streets in the winter, with some living in tents.

He is suggesting Cobourg, and Port Hope set up winter trailer parks as a temporary solution, using vacant land or the existing camping facility at Victoria beach.

The county is primed to take advantage of the $40 billion the federal government pledges to spend over the next decade as part of its national housing strategy. With its 10-year plan and an active regional housing committee involving advocates, social services, and others, the only thing lacking is cash. But it will take time for the funding to trickle down to the municipal level.

In the meantime, an immediate response is necessary.

There are all kinds of vacant spaces in the urban areas within Northumberland. The main streets of Cobourg, Port Hope, Colborne, Brighton, and Campbellford, are sprinkled with empty storefronts. If landlords are receiving tax breaks for empty buildings, surely they could donate the space as warming rooms or temporary shelters when nighttime temperatures plummet.

There are also many large spaces in the vacant industrial building, schools, churches, community centres sitting across the county. These could these be used, as well.

The trouble is staffing and equipment. Finding people to supervise the sites, as well as beds, bedding and so forth would be needed. Who would take this on?

Far too often we see the NIMBYism of communities when it comes to affordable housing. Most recently in Cobourg, a battle ensued over the rezoning to increase the number of rental units on College Street. It was a bitter fight, leaving nearby residents upset and angry.

Meanwhile, politicians are like gulls and bread. Once the province or federal government throws money in, they will appear out of nowhere in droves to take part. The effusive press release sent out by the county following the national announcement was proof.

In this case, time is not our ally.

If residents and politicians don’t act to address the pending crisis this winter, then let’s hope it does not take a death or a tragedy to spur action. For those in need, the catastrophe is imminent. Our response needs to be equally urgent. Let the only cold be outside, not in our hearts.