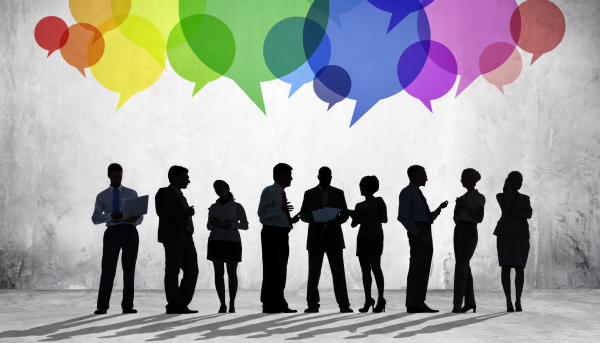 It seems we have forgotten how to be nice to one another.

The point was made dramatically last Tuesday night in Port Hope. During a portion of the meeting for questions from the public, an elderly man with a cane got up and spoke. He was agitated about some issues, slowly gathering momentum until he became aggressive and insulting to the councillors.

Thankfully, Councillor Robert Polutnik, who was chairing the meeting at the time, warned him repeatedly to show respect and reminded him to control himself. Finally, the speaker was firmly told to sit down. After several parting shots, he returned to his seat in the gallery.

Another person came to speak, but his remarks further inflamed the elderly man. Shouting followed, along with several threats of a fistfight. Town staff and others rose to ensure nothing broke out, and people were escorted out of the building after a five-minute recess was called.

Only a few days earlier a Cobourg civil servant shared a story about a phone call to the town hall where the caller was looking for information. When given to her, she immediately called the staffer a liar and berated the civil servant until it could not be tolerated any longer.

These are two extreme examples in the past two weeks. Still, it is not unusual to hear complaints about politicians and town staffers from across Northumberland County. There are even cases, like in Hamilton Township and Brighton, where politicians have treated civil servants poorly resulting in lawsuits in the former and an investigation by the Ontario Ombudsman in the latter.

In March, CBC Radio did a week’s worth of stories on incivility in the workplace. The Association of Executives of the Public Service of Canada did a survey that found one in five workers claim to be harassed on the job. In the United States, a survey released last week found 75 percent of Americans believe incivility has reached a “crisis level”.

No doubt, people get frustrated. Politicians often appear not to be listening. Frequently, public meetings feel like highly-engineered theatre rather than meaningful dialogue. And, reports seem to change little from the original draft to the final decision, making any input seem irrelevant.

To be honest, when people are angry, it should be a wake-up call. But it should not be an invitation to become uncivil, impolite, rude or threatening.

In the American election campaign and the post-election presidency of Donald Trump, the tone of political discourse has shifted dramatically. Insults, lies, misinformation, berating, demeaning and bullying have become common. The behaviour has spread into American life where it is found in everything from town hall meetings to social media posts. A divided America is a term repeated almost constantly.

While many jokes are made about Canadians being too polite, it would appear the reputation of citizens in Northumberland County is becoming stained.

Of course, politicians and civil servants are only human. They make mistakes, rush and are not always clear. But there are things that should never be forgotten. Staff only make recommendations; it is up to politicians to make changes; to ensure public input is integrated; and in the end, approve things. Politicians also have the power to seek information, ask questions and follow through until they are satisfied.

More than anything it comes down to respect. Politicians, civil servants, and the public all need to respect each other. And, while there is a lot of fear and uncertainty in the world, it means we need to work a bit harder not to let out anxiety and frustration boil over into the public sphere.

There is an old saying: When American sneezes, Canada catches a cold. This is one virus we can do without.