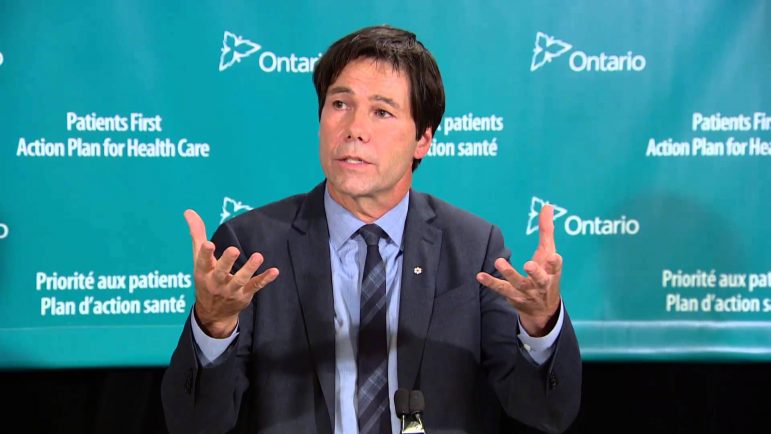 The turmoil facing the Ontario Health Ministry is palpable.

A recent column in a mainstream newspaper acknowledged the troubled waters being navigated by Health Minister Eric Hoskins. Over the past 18 months, he has been under siege as doctors fight fee reductions, hospitals cry out for more money and front-line healthcare workers demand better wages.

Now, Community Care administrators are added to the list, as they appeal the decision to turn over their services to the Local Health Integrated Networks (LHINs).

Meanwhile, patients and homecare workers say more services are needed under the current model, which involves minimal hospital stays, followed by uneven support once home that is either insufficient or does not exist.

A proposal to dramatically restructure homecare in the province is underway. And, the minister is trying to transform bureaucrats to become more patient-centred rather than merely paying lip service.

So, it comes as no surprise the Ontario Health Coalition’s most recent report tell us what we have all known in rural Ontario, the ministry’s funding formula is not working, as the system teeters on the brink of collapse with bed closures, crippling staff layoff and unending service cuts.

Northumberland Hills Hospital is cutting 13.7 full-time equivalent staff. It is implementing a massive restructuring imposed by the Central East LHIN.

Chief Executive Officer Linda Davis is quick to assure anyone who will listen that the hospital is committed to quality care and the impact of the staff reductions will not affect patients.

Also, tight budgets continue to constrain the hospital where there is next to no flexibility or room for error. The tipping point is very close.

Sadly, it seems a massive tragedy will be the only way to wake up Ontarians and bureaucrats. Just like the body of a dead child on a beach in Greece inspired millions to action aiding Syrian refugees, it appears some cataclysmic event is needed to inspire the outrage necessary to spark action at the highest levels.

It is too easy to be cynical. The local LHIN is driving the bus. Until it is directly accountable to Northumberland, all the local woes will fall on deaf ears.

MPP Lou Rinaldi needs to be afraid. He should be terrified of the political repercussions. Liberals must be threatened with electoral obscurity before Premier Kathleen Wynne will act. It is the only language anyone at Queen’s Park will understand and will bring the type of change needed to properly fund rural hospitals, maintain necessary staffing levels and provide proper patient care that doesn’t mirror a sausage factor where getting products out the door is the sole objective.

Judy Sherwin, of Cobourg, is one of a handful of residents, making sure her voice is heard. Unaffiliated with any group, she paid $100 for a sign on her property protesting hospital cuts.

More people need to be like her. And, not just residents, but doctors, nurses, personal service workers, administrator, board members, mental health councillors and homecare workers. Everyone shares a similar goal: to get the Premier and the Health Minister to act in OUR favour.

It should not take a catastrophe to make a difference. There is a rally this Saturday at the hospital. Where will you be?