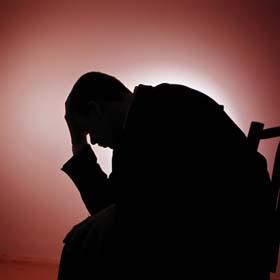 In the introduction to our topic of mental health care in Northumberland a glimpse of the framework established by the Ontario government was provided, and in this column, we’ll take a closer look at the whole set-up.It’s impossible to understand local decisions without knowing the impact of the introduction of the “Local Health System Integration Act” in 2006. Searching the home page of our own Central East LHIN (Local Health Integration Network), we learn the purpose of the LHINs in Ontario is “to effectively plan, co-ordinate and fund local health systems to make it easier for patients to access the care they need”.A total of 14 LHINs were created in our province, many of them geographically similar to the District Health Councils they replaced. These bodies are incredibly powerful, managing nearly two-thirds of the Ministry of Health and Long Term Care’s annual budget, which stood at $37.9 billion in 2006 when the transfer of funds was first made. While its website states it does not have the authority to close down a hospital, the fact remains it can starve them of the funds needed to operate or impose its own supervisor to run a hospital they deem unsatisfactory.

In our area, some committee took an odd detour in defining the Central East Region, and Scarborough got included, a sore thumb sticking out amongst the more rural regions that made up the whole. These are Durham, Kawartha Lakes, Halliburton, Peterborough and most of Northumberland. Combined, our population is 1.4 million, making us the second most populous of all the LHINs with about 11% of the Ontario population. As can be seen in reviewing the various Central East LHIN reports, the Scarborough section presents a set of urban problems unique to the region that leads one to wonder why those folks weren’t included in the Greater Toronto LHIN. It’s hard to imagine how one entity can meet the needs of a farmer in Peterborough County and the needs of a non-English speaking immigrant in a high-rise in Scarborough. But presumably the decision made sense to the bureaucrats who designed the LHINs.

One area of excellence for our Central East LHIN is the production of reports. Since its inception in 2007, the LHIN has furiously studied every aspect of health care in this huge region, gathering information, analyzing it and setting up committees to construct strategic plans that are still being refined today four years later. Our own Northumberland Hills Hospital produced a total of 15 major planning reports since then.

With so many studies and reports out there, we’ve chosen to focus on the Integrated Health Services Plan for 2010-2013. That document represents a huge investment in time and thought to provide two top strategic aims: to reduce hospital emergency room wait times by a million patient hours; and to reduce the impact of vascular disease by 10 percent. Lesser priorities include seniors/long term care, chronic disease, and mental health/addictions. A nod was given to both francophones and the First Nations population too.

With mental health and addictions at least on the radar, an Addiction Scan was performed in 2008 revealing the numerous shortcomings of those services in our region. Of the 14 LHINs in Ontario, the Central East LHIN stands at number 12 in number of treatment sites per 100,000 people, at a shameful 0.3 percent.

Next in the series, we look at the top eight issues identified in the Addiction Scan and how these play out in Northumberland for the people and families who need appropriate services to conquer their illnesses and find a measure of peace and stability in their lives.