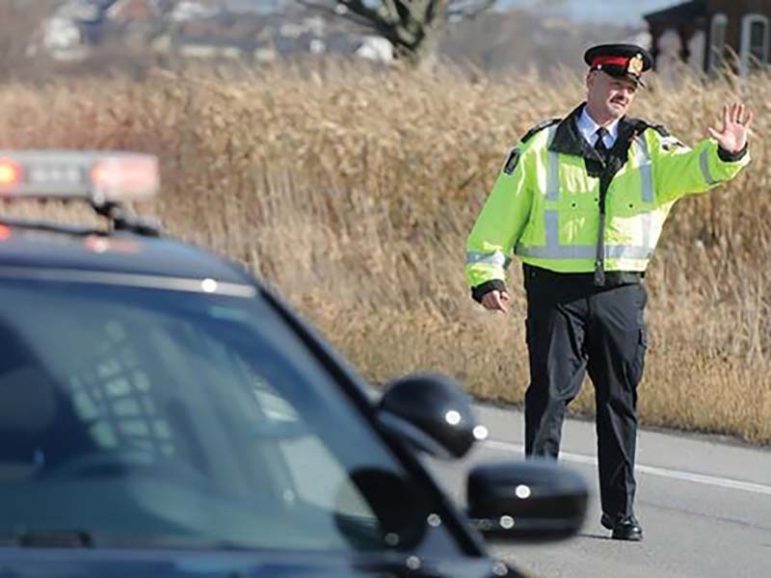 In this interview, Cobourg Police Chief Paul VandeGraaf explains the difference between a RIDE check and the enhanced powers the provincial government proposed recently to reduce people travelling for non-essential needs.

For the past few weeks, Cobourg Police officers have charged protesters in front of Victoria Hall as they gather to defy provincial stay-at-home orders and other regulations to deliver their anti-pandemic message.

For some in the community, there is a sigh of relief as concerns over the spread of COVID-19 and its variants have escalated in Northumberland. There are those who ask why this was not done sooner. Yet, there are others who raise concerns about the rights of people to express their views and gather peacefully.

The laying of charges was such a major change in the approach by the police, a press conference was held last week to explain what was going on. It involved Chief Paul VandeGraaf, Mayor John Henderson, and the chair of the police board, Dean Pepper. All expressed solidarity with the decision to crackdown.

Since then, the provincial government decided it was going to get tougher, too. Last Friday, Premier Doug Ford, flanked by the Solicitor General, called on police to stop people randomly to question them about where they were going and take their address. The purpose was to enforce the stay-at-home order. Within 24-hours, the premier reversed the government’s decision following the public backlash and a refusal by police to enforce it.

In this interview with Consider This Northumberland, you are going to hear from the police chief. He will explain the crackdown, but also his efforts to balance citizen rights with the law. You will also hear his opinions on a number of subjects, including the proposed random check. And, he will provide his insights into the impact of the Derek Chauvin verdict in the United States earlier this week. Chauvin was convicted in a high-profile trial for the murder of George Floyd.