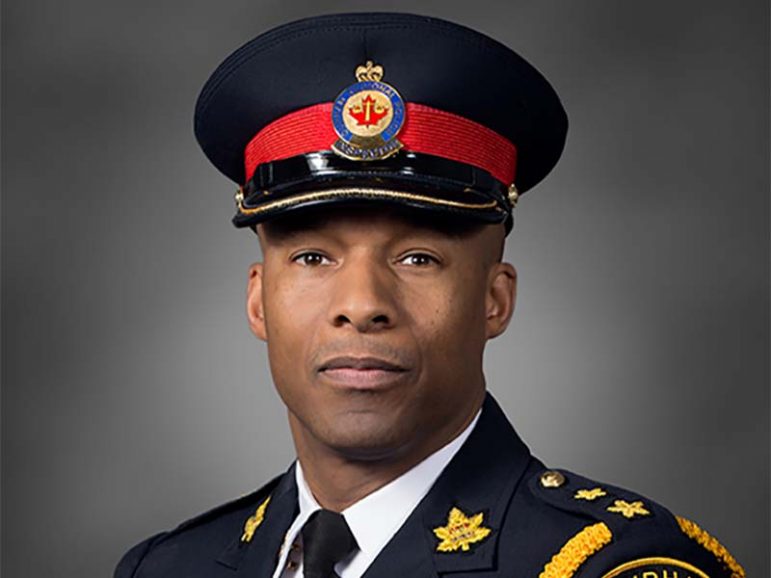 The new deputy chief of the Cobourg Police force, Jeff Hasking, was sworn in on November 2.

Around 30 years ago, a new cadet on the Durham Region police force got an idea. He would organize a basketball game and slam dunk contest for high school kids. They would be divided up into two teams – east and west. Each school would send its top players. The winners would get to go to see the Chicago Bulls game. It was 1994, and Michael Jordan was the premier player at the time.

Today, that same cadet with the go-get-em enthusiasm sits in the deputy chief’s office at the Cobourg police station. His name is Jeff Haskins, and he was sworn in this past Tuesday. The position had remained vacant since 2019 when the current chief, Paul Vandegraaf, was promoted.

Haskins spoke with Consider This Northumberland earlier this week to share his vision for his new job and share a bit about himself in the process. Here is Deputy Chief Jeff Haskins.