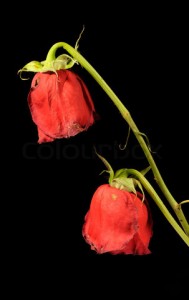 It is a tiny goodie for cash strapped municipalities looking to make up a $60 billion gap to upgrade infrastructure, according to the Association of Municipalities of Ontario. While this drew a quick positive response, it is clear this is woefully inadequate.

Besides, there is a real threat the Liberal budget may die on the order papers after Thursday when Finance Minister Charles Sousa will outline the next year’s fiscal plan. The NDP is currently turning up its nose and it is a non-starter for the Progressive Conservative, leading to a spring election.

But, there is another level to this announcement.

The problems facing rural municipalities are no longer as simple as in the past. Regions, counties, towns, villages and hamlets across Ontario were responsible for a few simple services. There were a few factories, vibrant farms and a stable population, so it did not take much to keep the economic wheels on track.

However, this is no longer the case.

The crushing weight of downloaded services dating back to the Mike Harris era continues to create havoc for local property taxpayers. The Tories transferred many provincially funded programs to municipalities, leaving them scrambling to find the money.

Suddenly, raising taxes was a cardinal sin, so nobody wanted to pay for anything anymore. Governments were businesses, not public services.

It is necessary to drill even deeper.

The structure of municipal economies is seriously crippled. When the North American Free Trade Agreement was signed more than 25 years ago, international companies with branch plants across rural Ontario waved goodbye to many small towns and cities.

Locally, companies like Spoolon, Kraft, Viceroy Homes, Matthew Conveyor, Coca Cola, Columbus McKinnon, Budd Plastics and so many more, have left empty building behind and any chance of decent paying jobs are gone.

Not only are the plants empty, but also so are the storefronts along the downtown. Big box stores crush retailers. Independent business owners are as rare as hen’s teeth. Franchise retailers keep less and less profits locally as the head office sucks away huge portions.

Now, people must commute elsewhere to find good paying jobs. Even when the hiring is local, the jobs are far below the wages paid previously. Meanwhile, the retail and service sectors rarely employ full-timers; instead they have replaced them with part-time, minimum wage jobs without benefits.

Then, to make it even more complex, retiring Toronto refugees flock to the area to live in the postcard, picture perfect rural lifestyle. As municipal leaders welcome these seniors, it is a shaky proposition.

These people live on fixed income. So as costs increase, they struggle, too.

The type of development being constructed is specific to this market. Sure, it helps raise revenue in the form of property taxes, but what happens when these people die off in the next 10 to 20 years? What kind of a housing inventory will be left and who will it attract? Every rural town will be competing. This is a demographic bubble and nobody is thinking too far into the future.

Ms. Wynne needs to step up in a much different way than any of her predecessors or her opponents, if she hopes to win over rural voters. There are some pretty ugly conversations that can no longer be avoided. The structural issues cannot be simply solved by repairing roads and bridges.

Infrastructure grants are great. But local economies cannot depend on turning towns into retirement communities or tourism destinations. These were the solutions of the past that have limited success. Current economic development programs are triage, not a solution. Marketing a downtown does not turn people into entrepreneurs or bring investment capital to an area. If people don’t have a lot of money to spend, then there is not going to be a need for a lot of retailers. There are few, if any, corporations looking to relocate in rural Ontario.

The need is for a bolder vision and swift action with fewer token gestures. An apathetic approach by the provincial government will mean more towns will wither and die or limp along unrecognizable to the people who recall a day when living in rural Ontario was a point of pride.