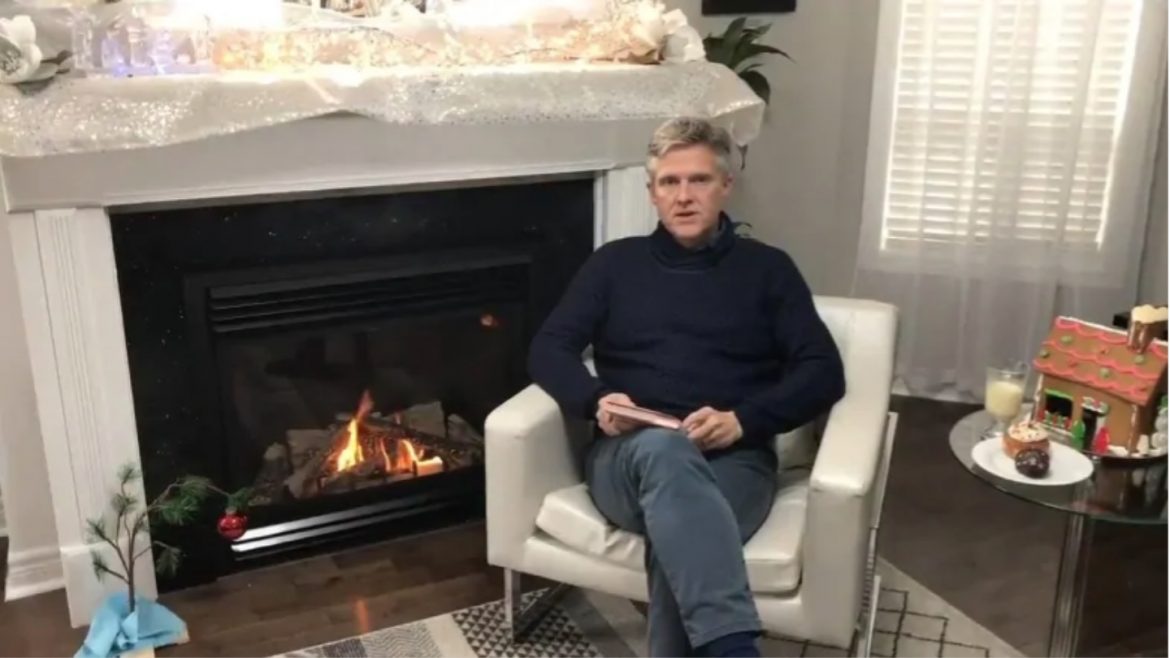 An image from former Finance Minister Rod Phillips’s Twitter account was posted during his trip to St. Bart’s. Phillips resigned from his position after taking a vacation out of the country, raising strong criticism from the opposition and the public.

One of the main reasons for the conversation was my concern over Phillips and his staff’s use of social media.

He left for his vacation on Dec. 13 and did not return until Dec. 31. During this time, multiple posts were made to social media, giving Phillips the impression in Ontario and doing his job rather than vacationing in the Caribbean.

One post showed him attending a funding announcement. Another showed him at a meeting with a local business. Another was a video of Phillips sitting in an armchair in front of a fireplace with a glass of egg nog and a gingerbread house on a side-table next to him.

As you listen to the exchange between Dave and me, you will hear my argument. Phillips paid the price for his indiscretion. Much of the coverage leading up to his resignation focused on criticism of Phillips’s actions and Premier Doug Ford’s knowledge of the trip.

But the focus now, and I would argue the more important story, is the deception, especially the use of social media to spread disinformation.

American President Donald Trump legitimizes the use of social media as a tool to spread disinformation. According to Daniel Dale, a CNN fact-checker, Trump has told 9,000 lies during his presidency.

Then there are the disinformation campaigns by foreign actors, like the Russians in the 2016 American election and more.

Social media accounts were once considered an individual expression at a particular moment in time. That is no longer true for politicians. It is a weapon used to distribute propaganda, especially disinformation, to a gullible public.

Phillips is only the most recent high profile case.

So, you will hear me argue two things.

First, as information consumers, we need to be more digitally literate. We need to be more sophisticated when it comes to our information diet. While we should not trust all we see and hear from social media, we need to demand stringent standards for accuracy. It would be similar to the Canadian Broadcast Standards currently in place for the television and radio industries.

Second, MPPs should have rules around using social media accounts, just as they have protocols of behaviour in the Legislature. There should be strict regulations related to authorship, misrepresentation, context, and content.

Social media can bring a level of accountability to the political sphere. We should be able to follow the accounts of our leaders to see their activities on our behalf. These should not be weapons spreading disinformation, creating mistrust, as well as weakening our democracy. It is not a marketing tool to promote a brand. Rather, it should be a reflection or diary of the day-to-day work of those who represent us.