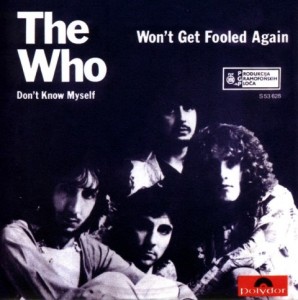 Northumberland voters will not be easily fooled.

Unlike any other recent election, there are very clear choices. The party platforms are very distinct, aimed at each party’s core voters. The stark differences should make the choice very easy come June 12.

But Northumberland voters will be listening with special care, similar to many rural ridings across Ontario. When each of the politician starts talking about cutbacks, or tax breaks, or balancing the budget by whatever date, it plays out in very real terms in rural Ontario. It means loss of services.

This past winter, the service cuts hit home. Local politicians were outraged over poor highway maintenance and snow removal on Highway 401 as a string of crashes caused traffic havoc, uncalculated costs to individuals and companies, along with personal injuries.

The explanation given was a reduction in the number of ploughs and the closure of three salt yards in Northumberland. The current contractor, Carillion Canada Inc., is only allowed nine plough compared to the 17 ploughs allowed by the previous company, Cruickshank Construction. Basically, the service was cut in half to save money.

While the Ministry of Transportation defended the cuts saying new technology and more efficient trucks would meet the standards, the evidence showed the opposite was true.

For local commuters, it was a nightmare. And, when there are so few local jobs, many in Northumberland depend on safe driving conditions to make a living.

Then, there are the less dramatic instances, like Northumberland Hills Hospital, where each year budget reductions and service demands collide as the board keeps trying to navigate the treacherous waters of making cuts without crippling local services. Sometimes it works and other times there are painful reductions. Either way, the community is affected. It is not easy and it is an unenviable job.

There is little difference between Northumberland and other rural towns. Nearly 15 years ago, the small community of Walkerton exploded into the headlines as seven people died and 2,500 became ill due to drinking water contamination. In part, the blame was aimed at the Tory government’s privatization of water testing and the failure of provincial officials for not enforcing guidelines.

There are countless other examples. One only needs to read local news media to see the same reductions crushing other municipalities.

Oh, and by the way, all these cutbacks, reductions and eliminations have taken place under successive Conservative and Liberal governments – not that the NDP are promising much different.

Enough of the slogans and sound bites. Stop the ridiculous policies that keep leaving rural Ontario behind the eight-ball. There are serious issues in Northumberland County and the rest of rural Ontario. It is complex and painful. We can’t keep going on like this. And, we won’t be fooled again.