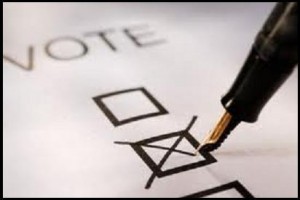 With the recent visit of Progressive Conservative Leader Tim Hudak to Northumberland last week and Premier Kathleen Wynne’s upcoming visit to Port Hope next week, it appears the unofficial general election in Ontario is already underway.

It is serious campaigning. Taxpayers pay some of it, as politicians devise ways to make it look like government business; and other times it is a partisan event funded by the party.

It is an opportunity to streamline messages, field test policies, and take the temperature of the electorate. Meanwhile, there is plausible deniability where no one admits they are in election mode.

Nobody is fooled. Intelligent voters are well aware.

So what will be the issues?

No doubt the Ontario economy will be front and centre. With a steady trickle of job losses and rising unemployment, along with social assistance programs swelling, it is obvious this will be the centerpiece.

Hudak is on the offensive with his million-jobs promise where he will create one million jobs over eight years (amazing how he already figures he will win two terms). This got a warm reception from some business leaders in Northumberland County.  Still, as several columnists have pointed out, the math is a bit shaky and very optimistic in the face of the current uncertain economic forces in the province, across the country and around the world.

The Liberals are pushing a new made-in-Ontario pension plan within the past few weeks, which could be a central plank. It will appeal to seniors and middle-aged workers who face a tentative future of part-time labour without benefits or improperly funded company pension plans.

High hydro rates is getting big play by the NDP, along with job creation, focusing on the Tories “right-to-work” proposals aimed at gutting unions.

Locally, jobs are certainly important. Job creation in large urban centres, like Toronto, Kingston, and Ottawa is very different than rural Ontario. As we know in Northumberland, manufacturing jobs are being lost or under siege. There is lots of growth in the retail and service sector, along with temporary work. High-paid, full-time jobs with benefits are as rare as hen’s teeth.

What successive governments have proven time and again is they really don’t know what to do. Huge grants to tempt companies into the region don’t always pay off as the doors get shuttered after a few years, if the grants and subsidies are stopped.

Agriculture is a central to Northumberland, but small and medium-sized farms struggle. Tourism is another economic cornerstone here. Yet, both these sectors are not huge generators of jobs.

Meanwhile, the area is becoming a retirement mecca, bringing some economic benefit. But, these people live on fixed incomes and pull on many resources, especially health care. And while there are many pluses in terms of social capital, such as volunteerism and community activities, there is no serious debate about the overall long-term impact.

Healthcare must be a central issues for Northumberland. There are massive changes going on within the system as hospital-focused care is being mutated into homecare. No doubt, this is saving the government money, but are rural communities really prepared with sufficient services properly integrated, along with support for families and caregivers (many of whom are not doctors or nurses) left to fend for themselves.

Education and infrastructure must also be on the table. The closure of schools in Northumberland is pushing children into teaching warehouses where volume business is the model. Also, the number of roads, bridges, sewage plants, water treatment plants and electric utilities (i.e. ice storm lessons) must be addressed.

So, rather than waiting for the public debates at election time, it may be in the interest of municipal politicians and voters to start quizzing the leaders now about the things concerning Northumberland. Let’s push for solutions to complex problems and not simple catchphrases. It would not hurt to let them hear the frustration and anger simmering out here.

Besides, if we get lucky and unnerve them, they might get scared and not call a spring election after all.