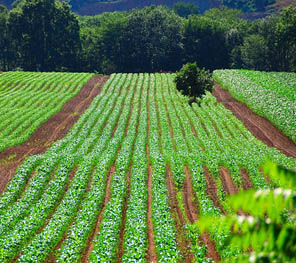 As the provincial party leaders rally support and slam each other over their respective records leading up to the June 12 election, it is essential for voters in Northumberland County to listen carefully.

Like hucksters at a carnival, Tory leader Tim Hudak, Liberal leader Kathleen Wynne and NDP leader Andrea Horwath will slide through the riding looking to sell their snake oil and make off.

We will be told the important issues are jobs, the economy and whatever flavour of the moment they have picked. Meanwhile, little attention will be paid to the realities of rural life and the struggles faced by residents.

Rural Ontario is in crisis. Northumberland is a microcosm of many of the ills. Loss of local manufacturing, a strained retail and service sector, underfunded municipalities, reduced health care services and a litany of other woes.

Good, full-time jobs with benefits are as scarce as hen’s teeth as many must commute outside the community to find decent work. Often those jobs are found in urban centres.

Most jobs within the county are part-time without benefits or temporary work on contract. And, while candidates will boast of plans to bolster the rural economy and jobs, it will be essential to dig under the promises to find out what kinds of jobs are being proffered and how much help rural residents can expect.

Sadly, voters will be presented canned speeches of vague policies meant to placate rather than stimulate debate. Skeletons will be dragged out of all the dark closets to frighten us into casting ballots instead of inspiring us with doable plans to build a decent future.

Year after year, local institutions from the Children’s Aid Society to Northumberland Hills Hospital face ever-diminishing budgets. Local officials strain to maintain services, but often turn to increased fundraising or cutbacks to balance books (and most of the time it is almost impossible).

They have cut fat and muscle, leaving bare bones services. Ontarians have face an onslaught of cutbacks dating back to former Premier Mike Harris (some would say former NDP Premier Bob Rae), which is close to 25 years.

Is it really about cutting any longer?

How about investing in programs and policies aimed at helping develop people and social capital, as many rural development experts demand, not just subsidies and handouts to businesses. Let’s move businesses and services out of urban centres and make it more of a mutually beneficial relationship than simply a one-way affair where all the economic development usually takes place.

Rural Ontario depends far too much on migrating seniors from urban areas to keep buying all the new development going on and stimulate local economies. What will happen in 20 years when these people are gone and we are left with housing meant for couples downsizing and not families with children? A long-term vision is needed and the candidates must demonstrate this clearly.

Locally, Progressive Conservative Rob Milligan, Liberal Lou Rinaldi and NDP Kira Mees have much to prove. Both Milligan and Rinaldi have track records deserving close scrutiny, while Mees is running for the second time. Like stale vegetables on the quick-sale rack, it is necessary to watch closely to see what is being purchased in order to ensure a good deal for Northumberland.

Most importantly, it is getting people out to vote, especially young people and others who do not traditionally cast a ballot.

With skyrocketing unemployment rates for those under 24-year old at about 17 per cent, the pressure should be on local candidates to provide specific, details policies and plans to help them.

Keeping young people in post-secondary education is not the answer. Certainly training and skills are critical to economic growth and enhanced job opportunities, but not when many come out of a four-year university degree or two-year college diploma with burgeoning debt and no opportunities.

If anything, this election should be a young people’s referendum on the candidates.

The complexity of the problems in rural Ontario deserves more than a few sound bites or catchy slogans. Northumberland County voters need to push hard as local candidates knock on doors. And, the county needs to be more than a convenient backdrop for party leaders when they come to our riding for a photo op. Too much is at stake for anything less.