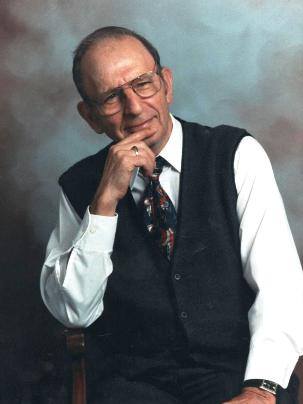 We all have a biological father. But, we also have men in our lives that helped raise us, teach us, share their wisdom with us and shape us into the people we are today.

Lee Sauro was like a father to me. He died at age 90 in July. His son, Darryl contacted me today to let me know there is going to be a wake.

Back in January 1974, I walked in to Lee’s Fresh Meats on Yonge Street in Toronto after school. A friend of mine told us at lunch he quit a job in a meat store to concentrate on his grades. I had just left a job at H. Salt Fish and Chips a few weeks earlier.

I was making $2.05 an hour, but did not like the fact the owner was making me close the store with the help of two young 18-year old girls. It was way too much responsibility for a kid my age, my mother told me. So I quit.

I needed a job. The meat shop sounded like a good plan. He and I spoke briefly. Then, I was hired. I would work for him for nearly a decade, off and on. I would get through high school; go on to university and then on to journalism school. I would learn how to cut meat, from breaking down a side of beef to preparing a goat for a spit. I washed enough dishes for three lifetimes. I could tie a roast with a line of knots as straight as a razor’s edge. And, I could cook macaroni salad for 100 people. It was an old-fashioned training based on experience. I was only taught a new skill when I mastered the last one. Sometimes, I would learn something almost immediately. Other times, it took months. And cutting meat was only the beginning. I learned how to cook countless dishes. If someone came into the store looking for meat for a recipe, I had to know what meat it needed and how it was prepared.

It was amazing training. To this day, I could break a hip of beef even though it has been decades since I last did it. It is must a matter of closing my eyes and I can see it all.

When I got my first job in Halifax at the Daily News, I was allowed to come home after my probation. I got the night flight from Halifax to Toronto on the early morning red eye on Christmas Eve. I arrived in Toronto at 6:30 a.m. After being greeted by my mother at the airport, I asked if I could be taken to Lee’s store to help hand out Christmas turkeys. I arrived at the shop before Lee. He was flabbergasted to see me waiting for him, as I had for the past nine years on Christmas Eve morning. I told him it would not be Christmas without being with him handing out birds. I never worked as a butcher after that day. My life was given over to my career as a journalist. But it is a memory I cherish.

Lee was an Italian immigrant. She spent time as a kid in an internment camp in the early days of the Second World War. When his family was released, he signed up to join the army, having just come of age. Due to poor eyesight, he was not allowed to go overseas. Instead, he was trained as a cook, working in Halifax, at the departure centre for many soldiers. That is where he learned to be a butcher and a cook. The skills would serve him his entire life.

Lee shared many stories about his early life. He would recall playing soccer with a pair of rolled up socks in the hallway of his home with his brothers. He worked for several grocery chains before owning his own shop on Yonge Street. He stayed there until the store changed hands. Then, he moved over to Wilson Avenue, west of Bathurst for the last few years.

He was a die-hard sports fan, loving the Blue Jays and the Toronto Maple Leafs. He loved music, especially Frank Sinatra. He played a series of Sinatra cassette tapes in the store so often they were nearly bare.

When I arrived at the store, I was very young, inexperienced and lost. He gave me a solid work ethic, pride in work and a skill. But, he also gave me direction, purpose and helped shape my life. The shop was home away from home. It was a place I returned to become grounded in so many ways. When I remember it, even today, it impacts me the same.

When I applied to Ryerson for journalism, I was told one reason I was given a spot in the program was my experience as a butcher. It was important life experience I could bring to my job in journalism.

Lee remained in touch. I spoke with him by phone. He attended my wedding. He met my daughter, Emily, just after she was born. We got together a few times. I have a picture of the two of us near my desk.

To this day, I recall many of the lessons learned in the meat shop under his guidance, sharing them with my daughter and students. He will continue to live in those memories.

Family was incredibly important to Lee. He was very close to all his children. I feel truly lucky to have known him. He was like a father to me. And, I am so sad to learn he is gone.