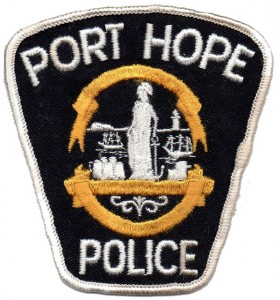 The recent decision by Port Hope council to adopt the OPP demonstrates the democratic deficit on council. For the most part, it is theoretical point, but it remains significant.

First, the government as business model is not working. In reading accounts and watching presentations, the arguments made by supporters of the OPP are based on fiscal responsibility. Despite the ongoing disputes over the figures, politicians assume that anything done in the name of saving money is automatically good and spending money is evil.

True enough; but it is a distorted approach.

Government, especially local government, must balance public service with responsible fiscal management. The tired ideological arguments aimed at shrinking government by gutting services rationalized in the same breath by saying it is saving taxpayers money is a distortion.

Surveys show people are willing to pay taxes. They just don’t want money wasted. So, the disputes always occur in trying to decide priorities. Do we want new sewers or funding for the library? It is up to politicians to negotiate the balance.

Rather than making it a black or white issue (as in we only spend money on sewers, not libraries), it creates a bogus argument (we can have both).

Council could take a different approach.

If citizens want a local police force rather than the OPP, let them know it may cost more. Taxpayers could say it is worth it. And, it if means taxes go up, then that is okay, too. Or maybe a cut could be made elsewhere in the budget to offset the additional cost.

But that leads to a discussion about municipal spending and that leads to the sewers-versus-library kinds of debate politicians hate.

Still, it is a fair to think residents may be willing to pay more for a local service than pay less for the OPP.

The next factor is one about democratic representation. There are numerous models of democracy. The populist one says politicians should follow the will of constituents when making decisions. At the other end of the spectrum are those where representatives are voted on and once in power, they have no obligation to the electorate. If dissatisfied, then during the next election the politician can be ousted.

Political responsibility is called into question over the police issue. Numerous people have tried to supply council with evidence of the populist viewpoint on the subject, as in the case of the chamber of commerce’s survey.

But, it is clear, at least four members of council feel they have no responsibility to be guided by these. Many politicians will tell you petitions, homemade surveys, telephone campaigns and so on, make little difference when making a decision. Studies have found this kind of activism, like creating a petition, is not an accurate reflection of the population. But, they can have value in demonstrating the determination and/or the validity of a social movement within a community. Still, Port Hope council demonstrates little respect to citizens coming before them.

It is clear, this council feels little obligation to any notion of democratic process. It would seem they are of the “vote-me-out-in-the-next-election” school. But, this system only works when the agenda for the term of office is fully disclosed. Some might argue, what happens when unexpected items comes up? Then, does the politician need to go back to constituents or can they go forward.

Several Port Hope residents have made a point regarding the last election where no candidates publicly discussed this issue. Hence, council does not have a mandate to go forward.

Port Hope council’s actions on the police issue demonstrate the very worse in modern politics. Canadians have watched Prime Minister Stephen Harper use these very same tactics. We are given minimal information when we vote or when decisions are made about policy. Then, we sit back and watch as the government’s actions eviscerate programs that Canadians value. And, when anyone questions anything, it is justified in fiscal terms.

It may be hard to take on the Conservative majority in Ottawa. But, a local municipal council is not the same. Port Hope council has only recommended this decision. It must be ratified. All the cards are on the table. The Committee of the Whole recommendation has made everyone’s position clear.

Now, it is up to residents to fight against these two myths of current politics. They must show people are willing to pay/make budget sacrifices to keep the local police: and, they elected politicians who must respect citizens.

It should be a concern of every resident in Ontario that the OPP is becoming so large. What is going to happen when the province and the OPP sit down to negotiate any decision? Will the OPP become a monolithic entity that everyone will be afraid to challenge? Smaller police forces may be a headache to manage from a provincial perspective, but if the OPP grows too large, then it may become unmanageable, as well. These OPP takeovers are simply a way the province can control rural municipalities. We have seen what happens when power is centralized by looking at school boards and public education. The same scenario is being created in policing.