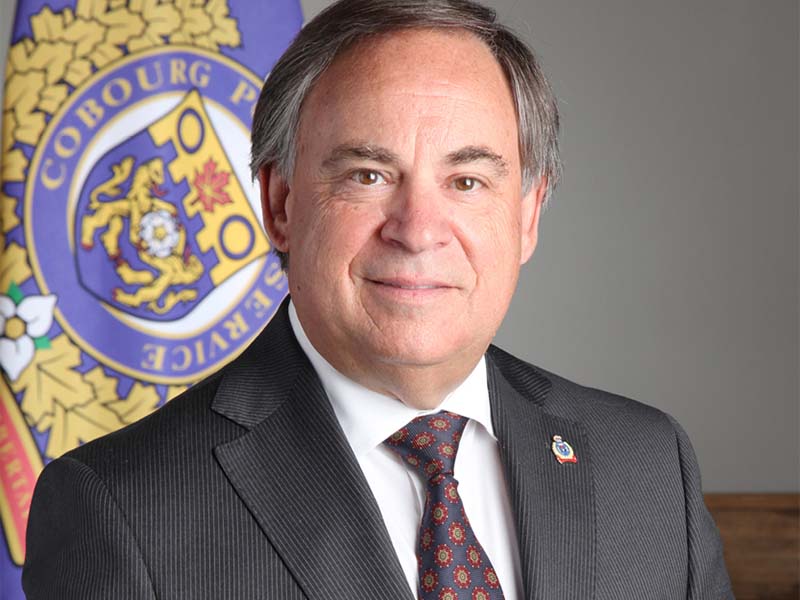 Dean Pepper was recently returned as the Cobourg Police Services Board chairperson. That may not seem like big news. Yet, Pepper has served on various boards and committees overseeing policing for more than 30 years. That is a long time. He was on the Protection Services Committee back in the 1980s and 1990s when he was a member of the Cobourg council. Then, he stepped back from politics. Yet, when the new Police Services Board was formed in 1992, he was selected by the provincial government to sit on it. Not long after, he took another break until 2017, when he returned as the Cobourg council appointee to the police board. During most of that time, he was the chairperson.

In this interview, Pepper reflects on his long service, the changes, and the future of policing in Cobourg. He will speak about the police budget and its highly profitable background check operation. He will also talk about the board’s past year. He will discuss the recent decision to approve body cameras for frontline officers. Pepper will also talk about efforts to deal with the opioid crisis and policing efforts to clean up neighbourhoods in the town.