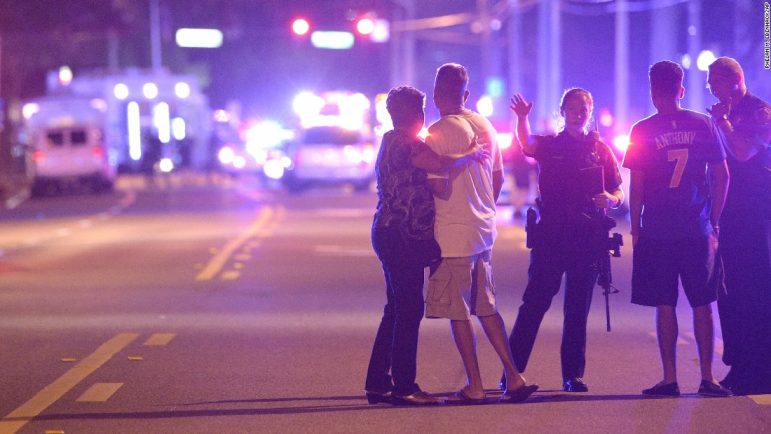 The tragic death of 50 people at a gay nightclub in Orlando is a somber reminder of the gurgling homophobia laying beneath the surface within society.

Despite decades of legal victories and social transformation, there continues to be a segment of the population who are unaccepting of homosexuality, despite rebuffing any direct accusations.

As the deadliest attack in American history, it sparked a massive response. Sadly, there are elements of events tying this to terrorism, distorting the hard truth: this was an attack aimed at the LGBTQ (Lesbian, Gay, Bisexual, Transgender and Queer/Questioning) community. And, while some may wish to focus on the perpetrator’s affiliations with the Islamic State, his own father has clearly said he suspects it was triggered by the shooter witnessing two men kissing.

For the local gay community in West Northumberland, it must be painful to see such a horrific event played out in the news. The mixture of emotions can barely be imagined: sadness, hurt and anguish. Yet, there may be a sense of fear, anxiety and isolation to think something so unexpected should happen, even if it is thousands of kilometres away.

The Cobourg-Port Hope chapter of PFLAG (Parents, Family and Friends of Lesbians and Gays) is a strong support for many young people in the community. Group leaders Timm Flindall and Ashleigh Bouman said in a recent interview Northumberland County is a reasonable place to live as the level of tolerance is pretty good.

The group gathers at Trinity United Church in Cobourg monthly, bringing together young people who are struggling with the challenges of acceptance. Sometimes it can be related to family and friends or at school. Then, other times, it is the rebuff of members in the community that can be difficult.

Flindall remembers in high school having to walk by a group of smokers outside on his way home. It was always a tense moment, one he tried to avoid, but could not. While he experienced great support from family and friends over time. There was a tension that existed outside that network.

Both Flindall and Bouman, two young, working professionals, say they have noticed how much more accepting the community is becoming towards their organizations. Several years ago, when they first participated in the Canada Day parade in Cobourg, there was not much vocal support. In fact, in 2014, the group was denied a booth at the Waterfront Festival.

But, last year, Bouman said there was a lot more cheering.

Also, the Cobourg Police are a huge support, she said. On June 3, Chief Kia Liu raised a rainbow flag to celebrate Pride Month. Plans are in the works to have a Pride Parade in Cobourg next year.

These are all positive things. But the events in Orlando remind us that there are still those who harbour deep resentment, anger and fear towards others who are different. We see it bubbling inside a joke, quip or sneering glance.

Yes, the public, legal and institutional support is vital, but these things do not change the hearts of those opposed. But also we need to reach out and touch the hearts of these people and help them learn not to be afraid will it be any different. No broad-based solutions will do it all. It happens when we stand up against the intolerance – together and one person at a time.