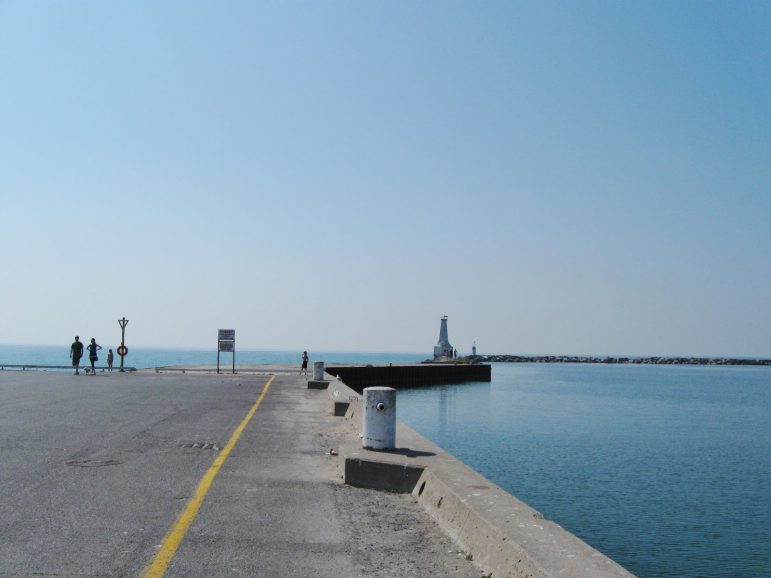 With the Waterfront Festival wrapped up, it seems like a good time to review the future of the area and, in particular, the state of the east pier.

Cobourg council seems content to crawl along carefully when it comes to the waterfront. Certainly, previous councils have moved with caution as projects have moved forward. The development of the lands was carefully planned, along with a staged approach to the walkway, the marina and Rotary Park with the pond/ice rink.

It is no wonder politicians are guarded going forward. As this council knows only too well, proposals to make changes in this prized part of town is not for the faint of heart.

Proposals for the expansion of the marina met with massive opposition and it was effectively killed after several missteps, poor communications and overwhelming public outrage.

And, any suggestion related to the trailer park at the foot of Division Street sparks instant rage from users.

Still, there is the state of the east pier.

Every year for more than a decade the town puts aside $25,000 for repairs to the crumbling structure as various voids keep appearing. The infrastructure shifts around underneath the asphalt. The concrete chunks used to fill the pier when it was built move as the waves pound against it.

Sure, there was not major threat to public safety this weekend as the ride operators set up for the festivities, according to town officials. A 250-ft long section in the northeast corner was monitored over the weekend. Yet, it is worrisome the town is assuming even the slightest risk.

It would only take one accident and there would be no way anyone would be able to explain themselves to the public. Yes, it is a lot cheaper to spend $250,000 over 10 years or more to keep the structured repaired. But at some point, something permanent needs to be done.

With the Parks and Recreation Master Plan in place, along with the Downtown Master Plan complete, there is no shortage of official documents to use for any waterfront development of public lands.

This is an excellent opportunity for Councillor Brian Darling to step out from the shadows and provide some solid leadership in his portfolio as co-ordinator of parks and recreation. With two years under his belt, he is no longer a neophyte and he has the remaining two years to get the ball rolling and accomplish something in this area.

No doubt, there will be lots of interest and tension as various interest groups, along with concerned citizens, will have plenty to say. But navigating these treacherous waters is what we politicians to do.

And, while the potential for controversy may hang heavy in the air, there is no doubt the east pier needs attention. But as long as it is tied into the various master plans, politicians can take cover and do nothing. The solution is to take out this one aspect as move forward expeditiously.

While revenues from an expanded marina were going to pay for the upgrades to the infrastructure, it appears the cost of the project would impact property taxes. And, that will be a tough sell. But, in the past, if a solid case can be made, expenses for worthwhile projects can meet with public approval, as was the case with the skateboard park.

No matter what the future holds for the rest of the waterfront, the east pier must be addressed in the near future. Time to step up, Darling.