Concerns over the safety of the east pier raised by Councillor John Henderson at Monday night’s council meeting could force the Cobourg Rotary Club to relocate the midway. 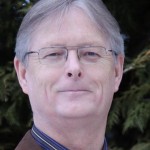 Henderson said he is very worried about a number of holes, known as voids, in the east pier that could collapse, posing public safety and liability issues, he told council.
His concerns came about after reading a report outlining similar problems in 2004 and 2007. He raised the issue during a debate on a request by the Rotary Club to close roads for the Waterfront Festival starting on June 27 and running to July 3.
Now, Henderson wants the town to undertake an assessment of the current state of the pier before the midway rides are set up.
Town engineer Barry Thrasher said the matter has already been studied by the public works department and steps are being taken to fill any voids.
“We know that they reoccur each year. It seems to be an annual thing. It has been going on for a decade, maybe longer,” he said following the council meeting.

However, no formal study involving specialize equipment was done.

It was the public works department and Marina Manager Phil Fardella who first raised concerns about the event this year. However, the town staff spoke with Rotary representatives and the matter went before the town’s risk management committee for review.

The Rotary Club submitted a plan to accommodate the midway on the pier.

“We just wanted everyone to know there were safety issues on the pier. But, the Rotary, I feel, have come up with a plan that probably limits the risk and the hazard to an extent that is an acceptable level,” Thrasher said.

But Henderson told council Fardella is very concerned despite any proposed plans.

“Mr. Fardella has always wanted to point out the voids that are occurring and the perceived risks of the pier, in his view. We definitely appreciate this. He is the marina manager. He sees the pier a lot. He just wants to make sure everyone know the state of affairs,” Thrasher said.

However, there are contractors and other experts on Rotary who are familiar with the situation and the plan submitted is sound, Thrasher said. The club intends to place steel plates in strategic spots to help distribute the weight of the rides. These same steel plates are used by the town to cover holes on roads during construction, allowing cars to drive over them.

Henderson is not satisfied. He told council it would only take one accident and there would be no going back. And, he is worried about the town’s liability if a tragedy did occur.

Thrasher said he is not aware of any liability issues, but said it is not his area of responsibility. He did not know any details surrounding the Rotary’s legal responsibilities or its agreement with the midway providers.

Treasurer Ian Davey was asked by council to find out details related to the liability issue for the next council meeting on June 13.

Time is also running out. With only three weeks until the event start, Henderson admits not everything may get done.

“I am asking if the town can remain firm on this and ask Rotary to find an alternative location,” he said. “All I want to insure is that when we put on an event on behalf of the town that we are doing so in an honourable fashion and maintain our safety standards.”