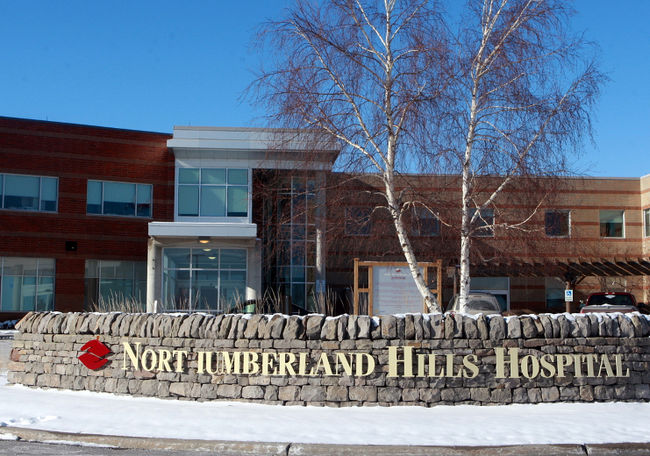 Well, finally some really good news for Northumberland Hills Hospital came last week when the provincial government decided to lift the fiscal jackboot and provide an additional $613,700 to its annual funding.

Unlike previous grants, which are given to shore up expenses for a particular purpose or short-term, which alleviates the financial pain only briefly, this money is annualized, meaning it will come every year from now on.

The sighs of relief were almost audible, as Chief Executive Officer Linda Davis says the hospital will now be closer to balancing its budget.

Margaret Risk, acting chairperson for the Central LHIN (Local Health Integrated Network) was also present, taking a bow. With all the reports filed over the recent years, there was undeniable evidence the local hospital was being underfunded. It was too hard to deny any longer.

Also, the Ontario government had finally whipped nearly every hospital in the province into submission with cutbacks and restructuring. So, it released an additional $51.8 billion into the system as part of its spring budget acknowledging the indisputable need.

But the struggle is far from over. The hospital was facing shortfalls in the range of about $1 million. So, if everything stayed the same, the new funding does not cover the shortfall.

But things are not the same. As board chairman Jack Russell pointed out, the hospital is reorganizing its delivery.

This is code for taking dramatic cost-cutting measures including reduction in support services, adjusting management roles, modifying housekeeping frequency in the hospital’s non-clinical areas and reducing costs within the diagnostic imaging department.

What it does not address are concerns over the level of care. Sure the same departments may exist and the same programs, but is there the same level of care. Are there the same number of nurses dedicated to a particular unit? Is someone coming in to check patients with the same regularity? What about emergency room wait times? Do patients wait longer to get a procedure? Are patients having to go further afield to receive care not delivered locally? Are patience being discharged too early?

If that is not enough to be worried about, then add to this the migration of services into the community, a revamping of home and community care, along with changes to the public health units.

The difficulty is this: When someone dies in the community, is there anyway of truly telling if the person passed away due to uncontrollable factors or was it the lack of services?

Two things need to happen next. First, there must be a full, open and transparent process where residents can see the impacts of the delivery changes and all their implications in a public way – good and bad. Second, the funding model must become more flexible.

As Davis points out, a lot can change in a community. The demand for service can rise for any number of good reasons and the hospital must respond. Placing the administration and board in a monetary death grip does not allow it to respond to the community’s needs. The only alternative is to rob Peter to pay Paul – cutting funds somewhere else to pay for the unforeseen.

Yes, thank-you Ontario government for realizing our needs and providing the additional annual funds. It is great. But don’t think ill of us if we do not jump for joy. It is still a tricky balancing act and any slight movement could bring everything tumbling down.