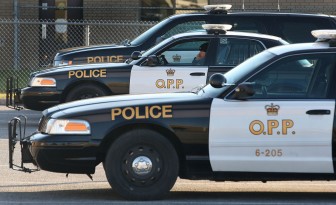 The Ontario Provincial Police – the Wal-Mart of law enforcement – are rolling back its prices starting in January.

The OPP came up with a new funding model, which it introduced last week at the Association of Municipalities of Ontario annual meeting in London.

Northumberland County Warden Linda Thompson said she anticipates a net decrease in costs locally once the proposal is introduced Jan. 1, 2015. However, there has been mixed reaction from the 324 municipalities who contract police service from the provincial force. The Ontario government is hoping the new funding model will make costs fairer and more transparent.

The old system was base on an uneven formula where some municipalities paid as little as $9 per household and others were paying upwards of $1,000 per household, based on varying levels of service.

Under the proposed new system, the bill is split into a basic service, which makes up about 60 per cent of the bill. All municipalities will pay a flat fee per household and business. While no figures are final, the amount is estimated to be about $355. This will cover patrols, crime prevention, operational costs, training, administrative duties and other standard legislative items.

The remaining 40 per cent is unknown. It will cover costs associated with violent crimes, break-ins, other criminal activity, like drug related investigation, statues, traffic and security details. And, none of this includes overtime, cleaning costs, caretaking, accommodations, or other enhanced services beyond patrols.

Sadly, municipal leaders, like Thompson, are being swept up in the glow of the new formula. It looks a lot better because the base costs per household will be more equitable between municipalities and it is a set cost for the municipal budgets.

However, like a Wal-Mart sale, the low price is meant to attract shoppers and distract consumers from the cost of other items. When the final bill comes in it will be other associated costs where there is the potential to go through the roof.

If one reads the literature distributed publicly to municipalities and citizens, all the basic service really covers are patrols in terms of citizen safety. Every other service continues to be user pay, similar to the previous system.

Yes, there is more equity in the system in the context of the base cost. And, the Ontario government is right when it will be able to claim the system is more transparent.

But, will municipalities suddenly start to bock at skyrocketing variable costs – that 40 per cent. A rash of break-ins, a series of grow ops spring up, a bad winter with lots of accidents could end up costing municipalities big bucks and throw off budget planning as it has in the past.

Also, some municipalities where there are a lot of cottagers will face stiff opposition to paying the base cost when they are not receiving service for a majority of the year. For municipalities, like those in Northumberland, where there are more people living and might be a bit more urbanized or closer to urban centres, the demand for non-basic service might be a lot higher due to the types of crimes.

The new model is meant to give municipalities more input on levels of service.

In the worst case, municipal politicians could start picking services like a buffet – fewer speed traps, less investigations, and so forth.

Certainly, there are standards, statues and laws that will be enforced. The police have a responsibility to enforce all laws. Yet, miserly councils will be looking to save every penny, but at what cost to local service. This should be raise alarm bells for taxpayers in the future.

This will certainly foist policing back into the spotlight, potentially making it an issue on the campaign trail for the fall election. Who will be first to suggest a regional police force for Northumberland? It is one that will definitely get all sides arguing pretty fast.