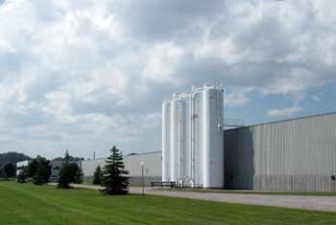 If the local economy is the central issue for the fall municipal election, then sustainability must right up there along with it.

Sustainability is often a term used when discussing environmental issues, but that is a limited interpretation. Sustainability, in this case, is referring to a vision of municipal governance where decisions are made within the context of medium and long-term goals, which meet the needs of citizens, but also provide the opportunity for the area to flourish over time.

Municipalities are addicted to continuous growth related to development. Without it, there is no expansion of the tax base necessary to offset budget increases. Despite minimal property tax increases within one or two per cent per year on average, without the additional revenue generated by developers, municipalities would be facing even tougher fiscal constraints or growing cuts to municipal services.

Developers feed this addiction. With sources of revenue limited to property taxes, user fees, development charges and grants or funding programs from higher levels of government, there is not much choice.

Hence, local councils become like sea gulls. When a developer comes along tossing a crust of stale bread, politicians instinctively react by quickly gobbling it up.

Official plans try to guide where and what type of development can take place. These are reviewed regularly. While there are exceptions and deviations, it provides a template.

Still, developers are driven by short and medium term objectives. What type of accommodation or industry will make money now? It is impossible to argue with this kind of business logic. But this is not the same logic that should be driving politicians.

It may seem like a great idea to see all kinds of smaller housing being developed for seniors migrating from Toronto and elsewhere to Northumberland County. But who will want to live in these places 10 to 20 years down the road. As the final baby boomers retire in the next decade, what happens to the housing stock after this?

The same holds true of industrial development, like the waste incinerator project proposed for Port Hope. And, the marina expansion in Cobourg is another example of short-term thinking. Bigger questions should be asked like: “What type of industry do we want for long-term economic health?” or “How do we want the harbour to be used in 25 years?”

However, this is not a justification to dig a moat around the county and pull up the drawbridge. If communities are going to thrive, which is different than grow, a different approach must be taken my local leaders.

And, this is the key. How Northumberland County prosper if it starts turning away certain business opportunities like an incinerator or recreational boaters? Some could view these as lost opportunities even though there are many opponents with well-argued, rational arguments.

Sustainability does not just apply to development or economic issues, but also to services, education, healthcare and nearly every aspect of community life.

Leadership is critical in these cases. Politicians cannot be passive sea gulls waiting for the next crust of bread to be tossed our way. Rather than reactionary, politicians need to be proactive.

But a clear vision is necessary, although it cannot be some overly simplified series of catch phrases meant to solicit votes come fall. These are incredibly complex questions not easily answered.

If Northumberland chooses to rethink its current economic direction and seek to create a more sustainable community, the choice voters make in October is critical. Any sense this is not a crisis is folly.