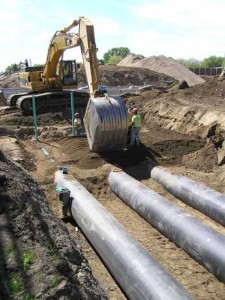 Development charges are fees paid by developers of subdivisions, malls, commercial properties and new industry to offset costs for roads, sidewalks, sewers and other infrastructure. The purpose of these fees is to ensure existing residents are not saddled with the costs of new development.

In principle, it is the right thing to do. And, the money is put in a special reserve account and can only be used for this purpose. However, it is not that simple.

First, the developer rarely pays directly for these costs. They are just added to the price of the homes. If the rates are high, it can make the affordability of housing out of reach. Or, in some cases, it turns developers off of building in the area.

Then, the charges are not the same for all municipalities. During the presentation, Cobourg council was told it would have the highest rates for industrial development compared to 21 other neighbouring towns and cities. That does not bode well for economic development. As for commercial and residential fees, Cobourg sits in the middle of the pack.

Next, development charges also include a 10 per cent fee for the local school boards. The boards collect the fees so they can build new schools due to the increased number of children moving into a new subdivision. But what happens when the development is geared towards seniors? Is it unfair these developers must pay?

Then, there are the items included as infrastructure. Sure, it is obvious when a developer pays for sewers. But what about the library?  More people living in Cobourg means more people might want to use the library. Or recreation centre? Or hospital?

Under the current system, no money goes toward local health care, despite the fact that developers target retirees. These seniors place additional pressures on Northumberland Hills Hospital and the few existing public long-term care facilities.

One of the debates, which is often hard to follow, relates to future development.

Let’s say a developer builds homes along Brook Road North, close to King Street. He is required to put in six-inch sewer pipes (for argument’s sake). However, the next developer comes in just next to this subdivision. He needs to put in pipes. But the additional homes mean the main sewer needs to be 12-inch pipe.

Does this mean the town will have to rip up the six–inch pipe to replace it? And who pays for this? If the town is not careful, it will be existing taxpayers, not the developer.

Just to make it more complicated, developers get upset when you want them to pay for oversized pipes in anticipation of future development because it costs them more now.

The presentation Monday night was aimed at a set of development charges Northumberland County is going to implement in the future. This means Cobourg developers in the east end of the town will pay for both the local and county charges when they build.

This raises questions around the necessity for local and county government. If there was just one tier, the costs may be different. Yet, for those who support local autonomy, this is where it hurts.

Sure, when it comes to listening to a debate on development charges, it can be enough to put an insomniac to sleep. But, taxpayers need to listen carefully. The future growth of Cobourg could easily be on the line and one wrong move might see taxes go up unnecessarily.

One thought on “Boring but important development charges deserve attention”