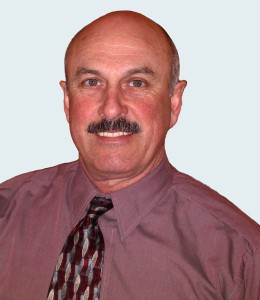 Senator Mike Duffy is under fire for improperly claiming $90,000 in living expenses for saying he live in P.E.I, when his primary residence was actually Ottawa. Duffy said he paid back the money, but it was discovered his was given a personal cheque from Harper’s chief of staff Nigel Wright for the full amount. Wright resigned over the weekend.

Norlock called Duffy a disappointment and criticized him for bringing disrepute to the Senate. He blamed his action for making it more difficult now to reform the upper chamber.

Norlock defended Wright, saying he tried to do the right thing, but it is being perceived as the opposite.

This is thin gruel from our federal representative, but it is certainly what residents have come to expect. Remember, this is the guy who regularly rises in the House of Commons to act as a puppet for the party, reading lame scripts to either set up a fellow Conservative to give a speech in the legislature or provide some faux outrage he reads off a piece of paper.

So, it is no surprise Norlock recites the party line as he makes his statement to the reporter.

It would make more sense and be more genuine if he was outraged. Considering how much his government hates financial waste, such flagrant abuse of tax dollars should be sufficient to get a bit more forceful response from the local representative.

But, there is no need to worry. This issue is far from over. There is still plenty of criticism left in the opposition parties to drag this out for many weeks to come.

Maybe by then, Norlock will have experienced sufficient embarrassment to find a stronger voice with a bit more bite in his comments. Maybe he will join the rest of his constituency in feeling outraged by the blatant disregard for taxpayer’s money and be fed up with the secretive manipulations behind closed doors that is a hallmark of this government.

But then, someone from the PMO will need to write the script for him first.