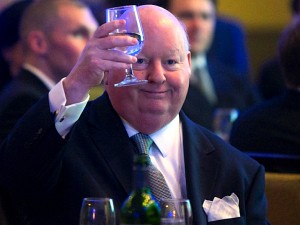 Senate reform is back in the news and for all the wrong reasons, making it vulnerable to a reactionary solution rather than the one Canadians need.

The Senate is investigating all its members regarding a $21,000 housing allowance. It appears three members, Mike Duffy, Mac Harb and Patrick Brazeau, filed for living expenses claiming their homes are more than 100 kilometres outside Ottawa.

While Duffy is supposed to live in Cavendish, Prince Edward Island, Brazeau in Maniwaki, Quebec, and Harb in Prembroke, Ontario (150 km from Ottawa), questions are being raised as to whether or not these are primary residences.

To compound matters, Brazeau was charged with assault and sexual assault. He was ejected from the Conservative caucus, forcing him to sit as an independent. If convicted, he would lose his seat.

Conservative House Leader Peter Van Loan told CTV Question Period on Sunday Senate reform on the table once more. His party wants to appoint senators who are elected by the provinces and it has also proposed a nine-year term limit. Senators are currently appointed by the prime minister and serve up to age 75.

Both these reforms would improve the system. But, it could be better.

Senators must be elected but it should be done during the federal election. When we cast our votes, they should perform a double duty. Yes, we should vote for our local MP. But, the popular vote – the total number of votes cast for a particular political party – should be used to assign seats in the Senate.

So, taking the last election in 2011 as an example, the Conservatives took 40 per cent of the popular vote, New Democrats 31 per cent, Liberals 19 per cent, Bloc Quebecois six per cent and Green Party four per cent (all figures rounded).

This would mean the Conservatives would get 42 seats in the Senate, NDP 33 seats, Liberals 20 seats, Bloc six seats and the Green Party would get four.

It should be up to the political parties to select potential senators and the list would be submitted to Elections Canada in advance. The parties could create a process within the party to elect these people. This would stimulate more interest by Canadians in the parties and encourage more activity in between elections, when most riding associations see a dramatic drop off in participation. It would also force the parties to ensure a balanced representation from across the country.

This approach is a federalist one. The senators would be partisan. But, there is one advantage that overrides all criticism. It would make individual votes count for more.

So often, voting seems futile, especially if you do not vote for a major party. Voters are manipulated by various means, such as riding boundary changes. Then, we hear politicians tell us to vote for them because we don’t want the other guy to get into power.

Under this proposed system, we could vote knowing it counted no matter what.

Take Northumberland-Quinte West as an example. To vote for the NDP and Green Party is pretty futile since there is such a slim chance the candidate will win. But, under the proposed system, it would mean those votes would be added into the popular vote and could mean an extra seat in the Senate. This would shift the balance of power. And, it would make the Senate a serious place for second sober thought on legislation.

The last election saw a 61 per cent turn out. Under this proposal, the number could rise. And, Canadians would be more engage in politics.

Northumberland is lucky. We had Senator Jim Tunney represent us for many years with honour and integrity. Not all ridings are so fortunate. It is time to reform the Senate, but not in a manner to further manipulate the system; rather, let’s do it in a way that will enhance our democracy.