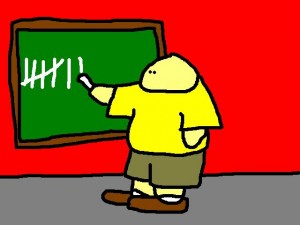 But what is bad for the polling business may be good for journalism.

The results of the provincial election in British Columbia has pollsters scratching their collective heads this morning as the Liberals won handily over the NDP.

While some analysts are saying as many as 12 per cent of the voters made up their minds in the voting booth, there are many red faces amongst the election soothsayers.

On March 21, polling firm Angus Reid gave the opposition NDP a 20-point lead and a nine-point advantage the day before the election. Forum Research predicted the NDP would get 43 per cent of the popular vote.

But, once the election was done, the Liberals won with 44.4 per cent of the vote and the NDP got 39.5. And, the Liberals came back to power with five more seats.

No doubt, there will be plenty of ink spilled as all sides try to explain what happened.

But, this is nothing new.

Pollsters messed up prognosticating the Alberta election, too. And, the U.S. presidential election final results were nowhere near what pundits were predicting prior to the election.

Gallup Organization first polled the U.S. election in 1936. It is one of the oldest and reliable around. But, it has also slipped up several times, most recently with the number of likely voters in 2012.

The problem is not superficial, either. While the forecasts were wrong about the results, the numbers never suggested there was a surge by the Liberals. And, the numbers showed Liberal Leader Christy Clark’s popularity rating were in the toilet.

A great article in the Globe and Mail today points out the depths of the mess created and how far off the various firms was in their polling.

Still, while the pollster are doing their soul searching maybe journalists can start to do the same.

Far too often, news organizations focus on the horse race between the parties or the leaders. The endless barrage of who is ahead or behind drowns out a lot of other coverage.  These stories tend to dominate rather than pieces focusing on issues or platforms or analysis.

In the current environment where so called facts are bent and shaped to meeting political goals rather than communicate the truth, journalists are needed more than ever to sort through the misinformation, half-truths and diversions so voters can actually make up their minds using solid, accurate, and balanced information given in the proper context.

As well, it might also be possible to stop the ugly practice of predicting winners during election night coverage. Nothing sucks the fun out of watching the results stream in than being told someone has won when only a dozen polls have reported in. Where is the drama in that?

Maybe, if the polls can no longer be trusted, journalists will have no choice but to focus on the other things…like good old-fashioned shoe-leather journalism.

One thought on “B.C. polling gaffe a blessing for journalism”