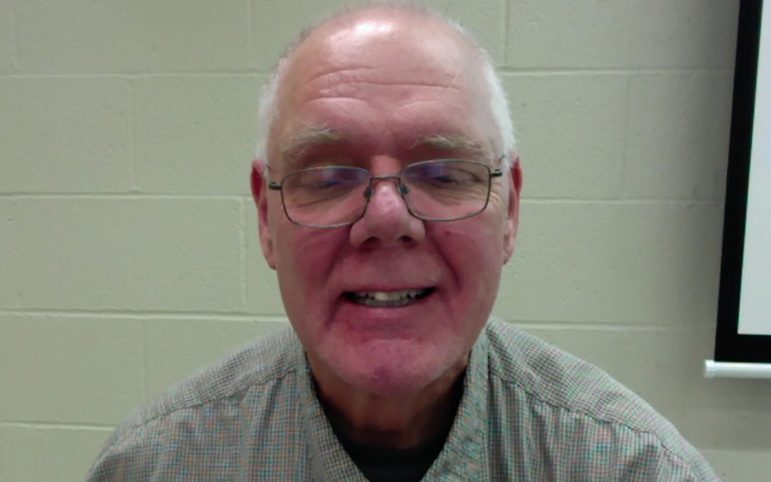 This Movember is different.

The reason I shaved my goatee is almost always the same. Men’s health is an issue. Far too often we lose grandfathers, fathers, brothers, friends, and those we love to cancer. In the past, I have done Movember in memory of Grandfather Scott, who helped raise me, and my Dad. Grandpa Scott was diagnosed with Prostate Cancer, just before he died of other causes. My Dad faced some serious health issues before he passed away, too. So, it was  for them I would try to raise money.

This year, I am focused on the young men and women in the journalism program at Loyalist College where I teach. These amazing people are so young, I am sure health issues are the last thing on their minds (other than when they get the flu). That would be the stereotype. But there are students who manage Type 1 diabetes, for instance, and some with other problems I rarely see, but must be looked after each day.

Then, there are the mental health issues – another area Movember focuses on during its campaign. For my students, there are so many who suffer from varying degrees of anxiety. While there are those who get anxious under stress, there are still others who receive medication and face horrendous hurdles just even working in the newsroom or going out to do a simple interview.

I feel for them. All of them.

Yet, there is another aspect I hope to address with them over the next month.

The cliche journalist is one that is hardworking, hard-smoking, hard-drinking, and hard-living. Some of the toughest people I have known were working in the newsroom. I remember trying hard to mimic these traits early in my career. It was nothing to work a around 12 to 16 hours in a day by being the first one at work at 6:30 a.m. and closing down the newsroom at midnight, with an hour for lunch and dinner (more than often eaten at my desk).

It was almost laughable when I first arrived in Halifax to work, going down to the Press Club to have a drink. It did not take more than few visits to quickly go through my weekly allowance. Not only was it financially unviable, but I felt lousy the next day at work. It just wasn’t sustainable.

But, this did not stop me from enjoying a few drinks at the Thirsty Duck, a favourite spot for journalists. And, as my career passed, I found myself drinking a few more beers when I was stressed out or frustrated with my work.

Then, there was the coffee. Ten or more cups a day. It was the only thing keeping me awake on certain days. And, I was eating Rolaids like people eat popcorn.

At first, I reduced my drinking and spent the money on a gym membership. This worked for about nine years. But once I got married and my daughter was born, less time was spend at the gym and more at home.

Once I quit, then the weight-gain began. It was slow at first because I was still pretty active and I was young. But eventually, my weight climbed until I was obese, at least 100 pounds overweight. It was then, I was diagnosed with Type 2 diabetes.

While it is hereditary, it came on when I was pretty young. Had I taken the time to look after myself, it may have been delayed. But, this is water under the bridge.

Between the poor lifestyle choices and the stress of my job, it is no surprise.

But I am not alone. Many journalists are pushing back against the “journalistic lifestyle”, seeking a better life-work balance. This is what I want to encourage amongst my students.

There is also the issue of mental health, a long-hidden secret suffered by many in our field. The Canadian Association of Journalists recently held a ground-breaking panel on the subject in Toronto.

Most importantly, I want my students to be aware and to openly deal with the pressures and stresses in a newsroom. Due to the nature of news, there is often little that can be done. Nobody decides when a fire is going to break out.

Still, it is possible to take care, to look after oneself and give it priority. The idea is to try to strike a balance rather than living a lopsided life.

So, this year I am dedicating my effort to them. It is about the future, not so much about the past. And, I like the idea. I hope you do, too. So, please donate at my Movember page. I am doing this with my students and we have a team, JOPB Mo Bros.