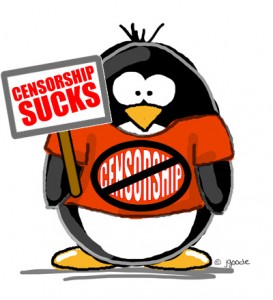 ‘These are meetings open to stakeholders and the public where the government makes a formal presentation on a policy, project or issue and the public is given the opportunity to react with questions and comments.” – Glossary of terms, Government of Canada.

It is difficult to know where to begin when addressing Hamilton Township council’s draft policy to regulate the recording of meetings by the press, the public and other council members.

The paranoia surrounding its members runs so deep and the group is so dysfunctional after the handling of the Macintosh affair, it is hard to put anything into context.

What is painfully obvious is the complete lack of control and the abject failure of Mayor Mark Lovshin to provide any direction on substantive issues or to think clearly about what is going on around the council chambers.
It seems Councillor Donna Cole has taken up making a recording of some council meetings. But her fellow councillors have taken offense.

The proposed policy demands anyone wanting to record a meeting must ask for permission and there are clear limits that would be allowed. Every time it would be done on a case-by-case basis. On top of this, council would record its own meetings and for a limited time make these available. The tapes would be kept for a specific period and it would cost $10 to listen (you have to buy it).

Councillor Gary Woods wanted to make sure the news media would need to get permission to make recording of public meeting. He won unanimous support from the rest of council for the suggestion.

But the most ironic moment came when Lovshin summed up the proposed policy for the reporter covering the story:

“It gives us transparency,” he said.

Like a page from an Orwellian novel, Hamilton Township councillors have adopted doublespeak.

Public meeting are those gatherings where stakeholders, residents, visitors, just about anyone in the neighbourhood can come in a bare witness to the proceedings. And, as long as they behave in a reasonable fashion, they can stay.

When politicians try to govern behind closed doors, then citizens should be up in arms. Anyone should be able to come in and record the proceedings. Sure, it may make mean politicians might have to measure their words more carefully, but so what. They should be doing this right from the start.

The only reason this is even getting a hearing is Cole’s actions. Without her efforts to record the meetings, this would not even be on the radar. Again, it is paranoia.

Let’s stop for a moment to consider the following.

On the most fundamental level, the word public implies openness. The moment politicians start trying to take control, then it is no longer “public”. And, the Ontario Municipal Act demands all meetings of council are public.

Next, the press must be able to do its job unencumbered. This is basic freedom of the press, period. They should be able to record meetings for their own accuracy and for attribution. Considering how often politicians love to accuse the press of getting it wrong, you would think they would welcome this practice, if for no other reason.

Finally, the province’s own information and privacy commissioner, released a report in 2003 calling on municipalities to be more open in their meetings.

This council should be bending over backwards to allow people to hear and see what they do. Rather than making people pay $10, they should be posting every meeting to their website (by making their own audio and video recordings) for downloading. And, it should be free!

If Hamilton Township council is so worried about being held accountable, then they should resign from office. If they can’t stand the heat, get out of the kitchen.

These actions are reprehensible. They go against the democratic traditions of Canadians and offend the basic sensibilities of reasonable people. This proposed bylaw should be tossed in the garbage where it belongs. If they proceed, then the ratepayers and the local media should take them to court – all the way to the Supreme Court of Canada, if needed.

Also, somebody should by Lovshin a dictionary so he can look up the word “public”, “open” and “transparent”.

One thought on “Hamilton Township turning into Orwellian nightmare”