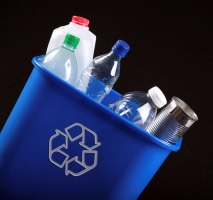 Hamilton Township Mayor Mark Lovshin decided to play the role of Chicken Little at the county council meeting this week as a report on the status of Northumberland’s landfills was given.
Using the best alarmist language he could muster, Mr. Lovshin warned the public about a “ticking time bomb” was waiting to explode as the various landfills are reaching capacity over the next six to seven years.
Yawn…
Since waste management was a major issue back in the late 1980s and throughout the 1990s at county council, politicians and environmental activists in Northumberland have predicted the demise of the landfills in the county. Mr. Lovshin joins a distinguished group. Sadly, the pattern is the same.

Usually, these prediction came with some type of alternative solution attached. And, in keeping with tradition. Mr. Lovshin barely catches his breath after proclaiming the apocalypse when he provides council with HIS alternative: plasma gasification technology. And, where does he learn about this new fangled approach. Why it is from no other than Carroll Nichols, long-time garbage incineration advocate. Mr. Nichols was pushing incineration back when homo erectus roamed the planet. (Okay, maybe not that long ago, but certainly, he fought the current recycling plant and has fought for decades to burn garbage).

Still, the serious nature of the waste situation in the county has always loomed large. The county make big strides when it set up the recycling plant, but since then has not done anywhere near enough to stay ahead of the curve. The wet waste component, which the county council of the day was unable to approve, remains on the shelf gathering dust. Also, the management of the landfills was spotty as well, when plans to mine some of the garbage in Brighton’s landfill was unsuccessful.

Forget the creation of any new landfills within the county.  The uprising of residents and environmentalists would make the French Revolution look like a tea party. Shipping waste would be costly and irresponsible. It merely transfers our problems on to someone else. Municipalities should deal with their own waste issues, not someone else.

Remember the days when County waste management under Pam Russell was a leader across North America. She patiently and carefully brought about a major transformation in the attitudes and approaches towards recycling at a political and grassroots level.

So, Mr. Lovshin can stand on his soap box like some anarchist in Hyde Park, predicting doom and gloom. Meanwhile, here we go again fighting over the same turf we have fought so many times before.

How about a real alternative solution? Like get serious and solve the problems, folks.

BTW, this would make a great issue for our upcoming municipal election. Let’s see who includes it in their platform.