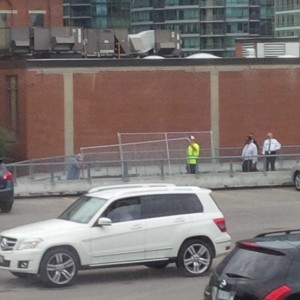 As this is being written, the union representing Globe and Mail reporters and editors is heading back to the negotiating table to try and reach a deal after more than 90 per cent of its membership voted for a strike.

One critical issue is a demand by management to get journalists to write advertorial content, meaning promotional material in the guise of a news-style story. The term used today is Brand Journalism. It is very popular in the marketing world and generates a lot of revenue for some publishers. It is unethical for journalists to write this content because it undermines journalistic independence and misrepresents what a journalist is suppose to do – tell the truth in a balanced, fair and unbiased manner. It hurts a journalist’s credibility and undermines public trust.

This is another in a series of recent blows to news professionals. The CBC announced numerous cutbacks to its news division, along with massive job losses. A public backlash followed, too.

So, watching the outcry on social media as the news about the Globe and Mail broke tonight, there is a no doubt people understand how vital it is the union does not fail, not only for the reporters and editors at the Globe and Mail, but for all journalists. It is heartening to see the public reaction against management.

But, there are other reporters who are going to be affected by the outcome of these negotiations. These journalists do not work within mainstream media in large urban centres. There do not get national coverage when they face the same issues. And, there is no public outcry about their workplace conditions.

For decades community journalists have faced the demands the mainstream urban media have only recently confronted. These journalists working in small cities, towns, and villages get minuscule wage increases, barely meeting the rate of inflation. Unpaid overtime is expected. A threat of strike could mean closure of a newsroom. Any increase in salary is generally followed by staff cuts. For them, there is a constant demand for sufficient copy to fill the slots, as well as producing advertorial material for promotional magazines or special publications or broadcasts. All this in the face of minimum staff and barely any resources.

This is nothing new for them.

Yet, some produce incredible journalism, even facing these conditions. They rise up and create journalism that matters for the audience they serve. And, while many like to look down their noses at community journalists, these dedicated professionals toil with the same passion and commitment. They do not have the benefit of a press gallery or the protection of a huge scrum or the name and reputation of a major urban news organization to back them. Often they are alone, shored up by their own courage and tenacity to get the story. Some are lucky enough to win awards, while others are rarely acknowledged.

The reporters and editors at the Globe and Mail need to make a much larger statement than just settling this contract and pushing management back. They need to do this for all journalists stretching from the largest news organizations in big cities right down to the smallest weeklies in rural Canada.

And, the public needs to get behind them and every other journalist in Canada, too. It is not just about the struggle at the Globe and Mail or the cutbacks facing the CBC. It is about the respect for journalism and journalists.

So, rather than forgetting their brothers and sisters who toil away outside the mainstream, they should be united with all journalists taking this same fight to every newsroom with the equal zeal and passion. And, the public should recognize the true value of every person who works as a journalist no matter where it is across this country. That is what this fight is really about.