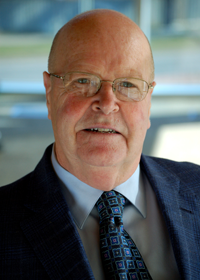 There was a very different tone to Cobourg council Monday night. The acrimony and rancor displayed only one week ago disappeared. In its place was calm and co-operation, along with a few surprises.

Deputy Mayor Stan Frost and Councillor Miriam Mutton were model citizens. Mutton was back on track asking her usual array of questions. Frost was amazingly patient, although at one point a bit of frustration creped into his voice. Instead, he demonstrated incredible forbearance as Councillor Donna Todd struggle with a budget request from the Victorian Opera Society.

If anyone had a rough night, it was the mayor. Gill Broacnier was visibly surprised when a motion to pass a simple advertising contract went off the tracks. Northumberland News, a Metroland publication, and Sun Media’s Northumberland Today bid for the right to publish the town’s weekly advertisement. This is approximately a $28, 500 contract. The recommendation was to give it to the News.

It was Todd, who started the debate, questioned why Northumberland Today did not get the contract since it had the lowest cost per line of advertising. This was the first domino to tip. Explanations went back and forth. A committee had reviewed the proposals and found the News to be better for several reasons. Suddenly, there were a string of questions and answers. However, when the vote came down, only Frost and Coun. Forrest Rowden supported it. Todd, Mutton, along with Couns. John Henderson and Larry Sherwin turned it down. It was sent back for more details and will be voted on next week.

But in a moment of wonderful irony, it was a Victorian Operetta Society’s request for pre-budget approval for $1,800 to use the Citizen’s Forum as a rehearsal space that was most fascinating.

It was simply a matter of waiving the hall rental fee. But the mayor wanted to know if this was part of the usual annual request from the society or in addition to its current budget request. A series of questions flew and a suggestion from Henderson to wait until the final budget deliberations took place, which is expected shortly.

Rather than letting the debate get out of hand, Frost offered an amendment, saying the council could approve in principle and a report would return. This effectively lowered the temperature and the confusion by ensuring questions would be answered and details provided.

The mayor called for a vote on the amendment. It was unanimously passed. Then, he started to move on. Suddenly, there were mumbles. Mutton reminded him he needed to approve the original motion. The mayor disagreed. Town clerk Lorraine Brace agreed. Looking a bit befuddled, the mayor corrected them again. But, after a quick confirmation, the mayor agreed he made a mistake and apologized.

Having only scolded Mutton a week ago for her procedural misstep, the mayor fell into one himself. It was definitely worth a smile and he looked a bit sheepish.