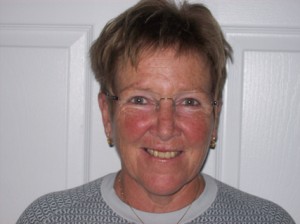 Cobourg Councillor Donna Todd gave a stinging indictment of her colleagues last week in a local radio interview where she slammed the current legislative agenda.

“I would just like to clear the air because we are beginning to look like a pretty bizarre council that only worries about dogs, chickens and boulevards. I would like to get to some real work, like rezoning,” she said.

While a stinging critique, it is also an insight into a council coming into its final year before the 2014 municipal elections. Councillors will be judged on what they accomplish in the next 12 months more than the previous three years.

So, Todd is feeling frustrated.

The dog park issue has sat in stasis for the entire life of this council. Councillor Larry Sherwin religiously keeps promising a solution, but it is not resolved. Negotiations are underway with dog owners. But from a public perspective, nothing is happening. All we see is a crackdown on dog owners in James Cockburn Park after an innovative education campaign last spring.

Now, the issue has grown into a shoving match between the Ganaraska Regional Conservation Authority and the town. Incredibly, Cobourg’s Forrest Rowden is chair of the authority and it is still unresolved, calling into serious question his loyalty and managerial skills. It should never get to this point.

Todd stuck some dynamite in the dam last week as she proposes to walk away from the sharing agreement in a hastily proposed motion. It is a bold, but potentially damaging idea over the long term.

The chickens Todd refers to are the four hens Paul Hoepfner-Homme and Laire Taverner were trying to keep in their backyard. There were threats to remove the chickens by Aug. 19, but the matter was put over for a staff report.

Finally, Todd’s reference to boulevards relates to an ongoing battle between Councillor Miriam Mutton and her supporters over a bylaw past in the spring limiting the height of flowers planted on town boulevards to eight inches.

Despite a bylaw properly approved by a majority of council, Mutton and his friends are unhappy, but unable to move on.

All of this has the flavour of the paralysis of the American government currently shutdown, hurdling towards potential fiscal collapse because of a small group of rogue Tea Party Republicans with nothing to lose and an inflated sense of political power. Like Mutton and company, the Tea Party is still fighting affordable health care even though the law was voted on, a majority won and the Supreme Court says it is legal.

Yes, a dog park, urban farming and boulevard gardens are important issues. And, yes, these issues deserve the time and attention of politicians and town staff. But, Todd’s frustration mirrors a growing sense of annoyance with council to get the job done and quit dragging things out. Identify the issue, negotiation the best you can and make a decision. Sure, some people will not always like the final outcome. Move on. What’s next?

What this all comes down to is bylaw enforcement, nothing more. The random nature of the application of local bylaws no longer works, period.

So, council finds itself in an awkward position. To admit the bylaw enforcement system is broken is to tarnish the small town atmosphere driving so many Toronto refugees to retire here. It is a blotch on the postcard perfect folksy image the town wants to project.

Yet, until it can come up with a system where bylaws are applied with consistency and regularity, not on a whim, there will be an endless stream of delegations begging for exceptions with their petitions and sob stories pleading for politicians to right perceived wrongs. People need to be heard, but councillors need to be less divided, more compromising, conciliatory, focused and not dissecting everything every time. It should not be this hard.

Todd is right to raise the issue. And, the mayor and councillors should reflect on her concerns, not ignore them.

Finally, don’t think for a moment Todd’s comments were just a smack down of council. It is a clear signal the race for next year’s municipal elections are now underway. And, it appears she is running again.