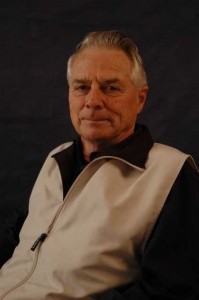 Cobourg will finally get a new dog park on William Street, despite months of lobbying and years of effort.

For Councillor Larry Sherwin (original article stated: Jay Sherwin. I regret this error), a huge sigh of relief could be heard, if not literally, certainly metaphorically. Sherwin has wrestled with this issue since he arrived on council four years ago. The rollercoaster of ups and downs, near solutions and outright disasters has made this a cross he has born during his tenure.

All the petitions, presentations, direct talks and public consultation could not move councillors last week. A last ditch attempt by Judy Smith Torrie, on behalf of the Friends of James Cockburn Park, barely caused a blink as councillors approved a decision to lease property at 520 William Street, costing the town $18,000 ($1,500 per month) and $50,000 for site development.

For opponents, it is easy to condemn Sherwin. He is the most obvious target. Henderson said he could not support the motion. Councillor Donna Todd voted against, saying proper public consultation was not done.