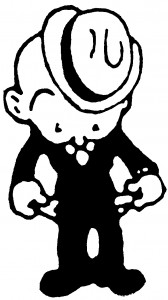 It’s been a tough year for the disadvantaged in Ontario. First, we had the Drummond Report recommending all sorts of drastic options for our public programs, including social assistance. And then, the 2012 budget took away with one hand more than twice what was given by the other. As if that wasn’t tough enough, the Social Assistance Review Commission is expected to release their own report in September, and all indications point to more pain for the poor.

Meanwhile the Canada Mortgage and Housing Corporation’s Rental Market Report for Spring 2012 shows another drop in vacancy rates, down to just 2.3per cent across Ontario. Looking at Cobourg, the largest municipality in Northumberland, we see that the vacancy rate is even worse, dropping from two per cent last year to a new low of 1.6per cent this year. The report shows no vacancies whatsoever for coveted three bedroom units, while one and two bedroom apartments sit at 1.3per cent and 1.9per cent respectively. Meanwhile, average rents for those units are $770 and $918, both higher than last year. Three bedroom units average $1,092 this year, if you can find one.

To make housing matters more dire, one of the biggest cuts to social assistance recipients is the end of the Community Start Up and Maintenance Benefit, a program fought hard for in the late 80’s by activists across the province. This housing benefit provides the last month’s rent payments, furniture, utility deposits, along with moving costs to those who qualify. Not everyone who applies gets one. It’s only available once every two years and there has to be a good reason to move, as in cases where a woman is trying to escape family violence or substandard, unhealthy living environments. It made the difference between being able to move or not and it cost $110 million annually. Now, under the 2012 budget, only half that amount is going directly to municipalities for housing.

Another small program for the few homeowners on OSDP, called the Home Repairs Benefit, will be axed too, saving another $3 million. Most of these homeowners living on limited income or social assistance in rural areas where the homes was bought long ago on the cheap. But now, without some help with major repairs, will see their properties deteriorate.

The measly one percent rate increase negotiated with the New Democrats adds about $6 a month to the budget of a single Ontario Works recipient and about $11 for someone on Ontario Disability Support Program (OSDP). What wasn’t mentioned is that the increase won’t even start until the end of the year.

On top of all of this, it a cap on Health Related Discretionary Benefits was announced. The changes leave municipalities either bearing the cost or cut it. In Northumberland, Council added an extra $33,000 to the Social Services budget to make up the shortfall for this very valuable program that buys glasses and dental care for adults, along with meeting other assorted needs. This cut will save the Province $20 million.

One more critical cutback is to the Ontario Child Benefit, which was intended to increase by $100 this year, but won’t. That’s the benefit paid out to all low income Ontarian families, except that if a family’s on welfare their Basic Needs Allowance is cut back if they get the Child Benefit. A penalty for being on welfare that represents another lost battle for activists when it was implemented a few years ago. The portion deducted from their welfare cheques goes to support municipal programs, like our Food For All warehouse in Northumberland, which received $285,000 from the County this year.

Altogether, the welfare poor have been hornswaggled by this budget. For us here in Northumberland, the welfare caseload has risen almost five per cent since last May, while there are nearly 2,000 cases on the disability pension in the county. While the waiting list for subsidized housing in Northumberland has been whittled down to 226 applications, thanks to a vigourous screening and eviction program, the business plan prepared by our Social Services department warns that across the province, 72 per cent of all waiting list applicants have incomes of less than $20,000 a year. That’s total income, not money available to pay for housing. Further, in the last fifteen years some 25per cent of housing starts in Ontario were rental units, now that figure has dropped to an alarming 6per cent.

Let’s leave the last few words to the Income Security Advocacy Centre, who said this in their analysis of the impact of the 2012 budget on the poor:

“Budget 2012 contains the largest reductions in benefits to people on social assistance since the Liberals became the government in 2003. While an extra $55 million was added to benefit rates, approximately $133 million annually is being removed from direct benefits to people on Ontario Works and the Ontario Disability Support Program”.

Not surprisingly, the Province is looking to cut funding for legal clinics like the one that prepared this report.