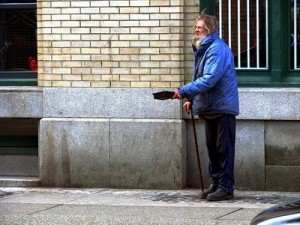 The roundtable seeking public input on the social assistance review by the provincial government held in Cobourg recently gave activists and officials an opportunity to reinforce their message to increase payments to recipients in order to given them sufficient funds to live.

While many residents are not interested, proposed changes could leave municipal taxpayers feeling the pain, as well.

The 15 service providers and 25 members of the general public were commenting on the second discussion paper released by Commissioners Frances Lankin and Munir Sheikh on Feb. 2, 2012. Recipients of the Ontario Works program and the Ontario Disability Service Program have not raised rates in any meaningful way since 1988. In fact, in the last budget in 2011, Finance Minister Dwight Duncan increased welfare rates by one per cent while the cost of living went up by 2.3 per cent.

For an individual living on the $592 ($368 for shelter and $224 for everything else) that person started receiving $597, starting in November. That is 61 per cent below the poverty line set by the National Council on Welfare.

Under the current political climate at Queen’s Park little change can be expected.  Donald Drummond, the guru hired by the Liberals to examine ways to get the deficit under control, released a report on the provincial economy, recommending the government hold spending increases for social assistance to 0.5 per cent and keep caseload growth to five per cent annually.

It appears the social assistance review discussion paper is recommending a number of changes, including some on disability payments. It describes one option where the categories describing people with disabilities will be increased, allowing those with severe disabilities to receive more money. However, the flip side of the equation means those with some capacity will be pressured to overcome their disabilities and get back to work.

While this may appeal to some opponents of social assistance, it could be problematic. It is estimated 60 per cent of those on the disability program were there for mental health reasons. The challenges of overcoming mental health issues are not so easily solved, as compared to those with physical disability who may have a better chance of being placed in a workplace where their challenges might be accommodated more easily.

But the problems are even deeper for the disability program. Already 60 per cent of recipients receive their payments late, according to an internal review released a year ago. In some cases, cheques were two months late. The program is also dysfunctional when it comes to deciding who should get benefits or not. More than half of the people with disabilities who went to the Social Benefits Tribunal to fight for eligibility were given benefits after being turned down initially.

And, to make matters worse, the amount of overpayments (given to both active and inactive accounts) rose to $663 million in 2009 compared to $483 million in 2004, a 37 per cent increase. No wonder the commission is anxious to turn the system over to municipalities to run rather than leaving it with the province, according to one of the discussion paper recommends. This would transfer those expenses on to the backs of local property taxpayers.

This is a war on the poor and the disabled in our community. A program meant to help people in needs leaves them with little hope. Those on Ontario Work and the disability program are abandoned. Meanwhile, there continues to be discussions around the water coolers and coffee shops based on stereotypes and urban myths of laziness and exploitation by those who receive it. Worse still, bureaucratic bungling means taxpayers’ money is squandered by managers who are failing to do their jobs properly.

There will always be those who take advantage of any system. Yet, in the current political climate of austerity, the chance of winning a political battle to raise rates and fix the current system seems impossible and improbable. The public mood for supporting it would be mostly negative while the rest of the economy struggles. Still, it seems like the momentum to complete the review means the debate is about to take place all the same. In the end, both local taxpayers and recipients are left hurting.