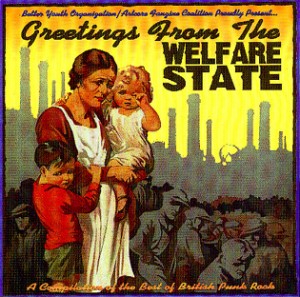 Just in time for Valentine’s Day the Committee for the Review of Social Assistance in Ontario has released another paper on welfare reform. This one, titled “Discussion Paper Two: Approaches for Reform”, provides details on input provided during the consultation phase of the review and poses questions people can answer if they hustle to meet the March 16th deadline. The final report of the committee is expected in June.

Added to their original list of commitments, the committee wants to ascertain how a proposed housing benefit would align with social assistance reform, a sure sign the Ontario government is planning to introduce one. Some 2,000 people contributed ideas over the course of 11 “community conversations” held last year, with an additional 700 written submissions received. A separate consultation was held with First Nations communities to address their particular concerns, given their unique status with the federal government and differences in funding and management.

Concluding that more tinkering won’t solve the problems in the welfare system, the Commission contends nothing less than a total transformation of the system will do. One obstacle is identified in their observation that “some of the solutions lie outside the system”. What that means is no Ontario government can control the whole system, not as long as people receive unemployment insurance from the federal government, along with tax refunds, GST and other rebates and even Canada Pension Plan benefits. The problem is some of these payments interact with provincial welfare entitlements, while others do not. Federal decisions like the one to stop building public housing, made years ago, play a big role in the security of low-income families too. And, the housing squeeze in particular is worsening month by month for them. Some benefits paid to people on welfare come from other provincial ministries like Health, Education, Children, and so on. All form a part of the welfare maze. Add in payments received for child support and pay cheques and it’s no wonder the system is a complicated, dysfunctional mess.

But does it take a complete overhaul to fix?

Ask any of the province’s 258,409 families on Ontario Works as of December 2011, or the 292,830 families on disability benefits (ODSP). Nearly all of them will say the same thing. Raise the rates. Now.

They might just say quit sending us cheques from all these different departments and just send one. Or forget adding a housing benefit to the list and raise the shelter allowance instead. It’s hard to believe that simplifying the system would not save a pile of money on its own, even if nothing else was done but that and a rate increase across the board. With so many ministries and departments all gathering the same information to determine program eligibility, and the need to co-ordinate receipt of these payments with each other, it’s a patchwork of waste and inefficient duplication. Every dime spent on administering welfare is a dime they can’t put in recipients’ pockets.

But bureaucracy seems to take on a life of its own, and somehow, instead of being a tool to deliver services, it morphs into a monster demanding constant feeding and attention. No issue can be resolved without endless rounds of consultation, and the idea that a simple solution can be workable is always rejected. In the case of welfare reform, we’ve seen report after report starting from 1987 onwards, yet for those on welfare the conditions only get worse. Rates have lost more than 40 per cent of their value since the 1995 cuts, but all our politicians can do is grudgingly provide a one percent annual increase even as they prepare for more hand-wringing about the plight of the poor in the latest report.

While there is much to be done to make the system more efficient and fairer, raising the rates is what really counts. The rest is just tinkering and rather easily done too, dumping the unnecessary rules and streamlining the important ones. All that’s missing is the will to act and as long as we allow our politicians to dither their way through endless reports, that is all they will do.

Note to Readers: There’s a great deal of information in the report, too much to try and summarize in this short article. For those who want it all, it’s recommended to visit the Commission’s website, where responses can be provided online here.

One thought on “Fixing welfare: the never-ending story”