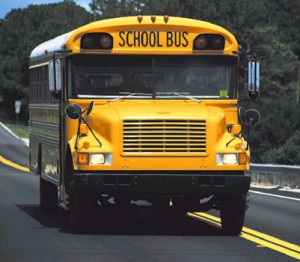 When MPP Randy Hillier staged a protest last week in Napanee regarding a decision by Tri-Board Transportation to ban Christmas decoration in their school buses, he missed the target completely, playing only to some people’s fears and prejudices.

The Lanark-Frontenac-Lennox & Addington politician, along with a few elderly citizens, decorated a Christmas tree and sang carols outside the company’s offices, complaining the board was motivated by pressure to be politically correct. It banned the decorations due to safety concerns, a policy it has held for many years.  Hillier presented a petition with 1,750 signatures.

This protest comes at a time when there appears to be a growing confusion over how Christmas should be celebrated. A school near Ottawa cancelled its Christmas concert this year to accommodate nine students who did not want to participate. Meanwhile, students at Newton Elementary School in B.C. held its first Christmas concert in years. In Quebec, a town council dismantled its nativity scene.

One of the biggest debates we will hold as a society over the next decade or more will be the changing culture of Canada. As the country’s demographics shift, as all predictions show it will, the trends are clear: the Anglo-Christian dominant culture is fading and we are becoming an even more diverse, multicultural society.

Christians have been losing the battle to keep Christmas a religious holiday for decades. The secularization is almost complete, as commercial and economic forces steamroll over attempts to keep the holidays focused on the spiritual aspects.

This time of year is so crucial for the retail sector of the North American economy. Stock markets and consumer confidence hang in the balance each year as the various reports on Christmas spending are released. Markets will literally fall or rise depending on Santa’s success.

Besides, Christians represent a declining demographic in Canada.  Twenty years ago, nearly 85 per cent of Canadians claimed to be Christian, although they were not regular attendees. That number drops significantly to about 15 per cent, if you are looking for people who attend church on a fairly frequent basis, according to the 2009 General Social Survey. And, while only one per cent of people said they were not religious back in the 1970s, about one-quarter of Canadians make that claim today.

But, that is really not what is at the heart of this debate. When the surface arguments are peeled away, it is about fear and intolerance. As Canadian society becomes more multicultural, Christmas competes with other celebrations held around the same time of year, like Buddhist Bodhi Day, Jewish Hanukkah, Muslim id al-Adha, which follows the Hajj (pilgrimage to Mecca), and Kwanzaa, an African-American celebration. For nearly all of this country’s history, Christmas almost buried Hanukkah into obscurity.

The protesters and those who support them must believe the Anglo-Christian culture is so weak. Admittedly, the spiritual Christmas is lost to the secular trend. But, the holiday itself will remain strong, even if it is for purely economic reasons. So, if a school does not have a concert or a bus cannot be decorated, there is no need for panic. And, as cultures blend more and more, no doubt things will continue to change. It will be up to various cultural groups and institutions, like families and churches, to remain focal points for sustaining traditions.

Christmas has survived for more than 2,000 years. During uncertain times, it is easy to prey on people’s fears and intolerance.  Hillier gained the publicity he sought but he do so in an ugly manner.

But, he and others should not be allowed to capture the spotlight. Many Canadians are proud of the country’s diversity. It makes us stronger and we are better for it. And, politicians like Hillier (and federal Conservatives, who are banning the veils or niqabs in citizenship ceremonies) should get a clear message this kind of prejudice is not acceptable.

It is up to us to preserve our culture, not politicians, municipalities, school boards, businesses or anyone else.