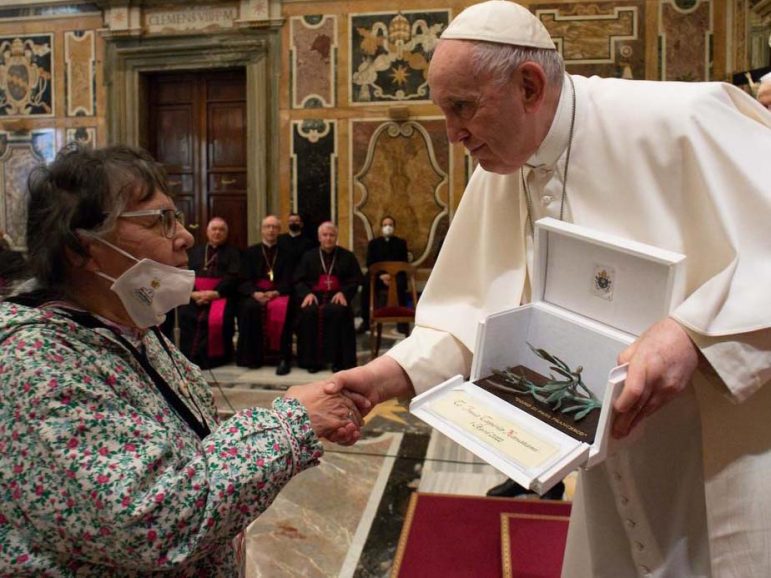 Pope Francis met with a delegation of Indigenous people from Canada, where he offered an apology for the mistreatment and abuse of children in the residential school system.

On April 1, Pope Francis delivered a historic apology. Speaking to a delegation from First Nations, Metis, and Inuit representatives, the Pope asked for God’s forgiveness for the Catholic Church’s role in running portions of the residential school system. The Anglican and United churches of Canada have already given formal apologies. For some indigenous people, the apology is too little too late. For others, it was an emotionally cathartic moment, lifting decades of shame and hurt over the abuse suffered by children at the schools. Alderville First Nations chief Dave Mowat provides his perspective on the Pope’s statement. He also gives insight into the history of the Protestant church in Alderville, giving a different perspective. Here is that interview.

A 27-unit affordable housing project in Cobourg may go forward after a recent meeting... Reporter Robert Washburn has more…

A big step was taken to resolve the homelessness issue in Cobourg and across Northumberland Wednesday. Robert Washburn has the details…

In less than one month, Northumberland Hills Hospital sent three public warnings on its Facebook page. Each one says the emergency room is experiencing high volumes.

As local politicians and advocates try to figure out how to help people sleeping rough in parks and public places, the head of Transition House says it has empty beds available. Northumberland 89.7 FM reporter Robert Washburn has the details…