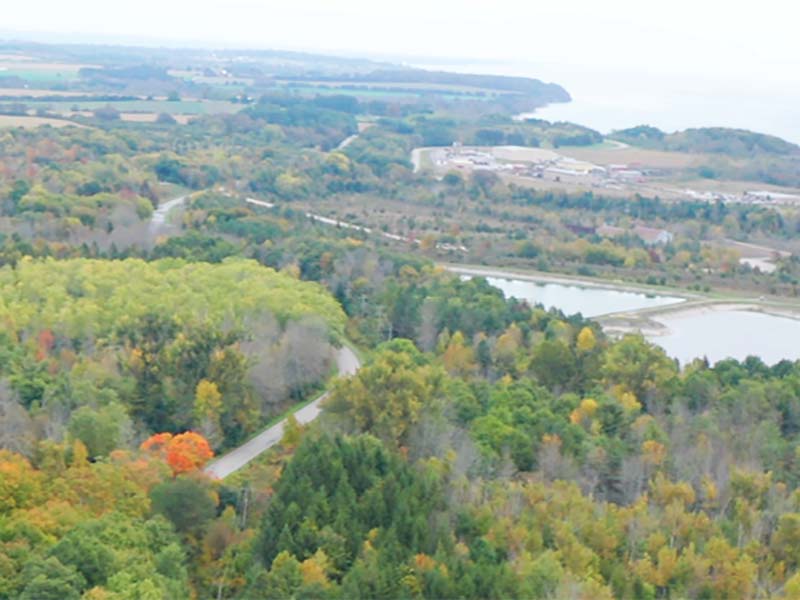 Port Hope council’s efforts to purchase more than 1,300-acres of land for about $20 million from Ontario Power Generation to expand its borders is dead after the provincial government killed the deal. This mini-documentary looks at what has happened since.

The Wesleyville land deal is historic. Not only is it a genuinely massive tract of land at 1300 acres, but it also contains a huge section of environmentally sensitive land. Plus, it has the potential to double the size of Port Hope. The town was ready to buy the land in a deal with Ontario Power Generation or OPG on March 31, but before the deal was finalized, the provincial government stepped in to cancel it. On today’s show, there is a mini-documentary about this land deal. In this special feature, you will hear some of the early reactions from the two key players Port Hope Mayor Bob Sanderson and Northumberland Peterborough, South MPP David Puccini. You will also hear about a meeting between the provincial officials and the town last week. It also explores some of the issues not addressed publicly for the first time.

The original interviews with bonus materials:

(Piccini was offered an opportunity twice to be interviewed after the meeting between provincial officials, Sanderson, town staff, and himself on April 7. His spokesperson said there was nothing to add.)

The show: The full interview with bonus material: This week’s show is the start of a series of candidate interviews for the provincial election in Northumberland Peterborough South. The order is completely random based on when the various campaigns were able to book interviews.

The show: The full interview with bonus material: This week's show starts a series of candidate interviews for the provincial election in Northumberland Peterborough South. The order is completely random based on when the various campaigns were able to book interviews.

The show: The provincial government passed new legislation just before the end of April. It will make it easier for developers to get approvals for their plans.

The show: The full interview with bonus material: If you are a person living anywhere in rural Northumberland County, there was good news for you last week. High-speed internet is coming.

The show: The full interview with bonus material: If you were to look at a group picture of the board of the Northumberland Hills Hospital, some things would stand out. First, you need to remove all the staff and department heads to see the community members.