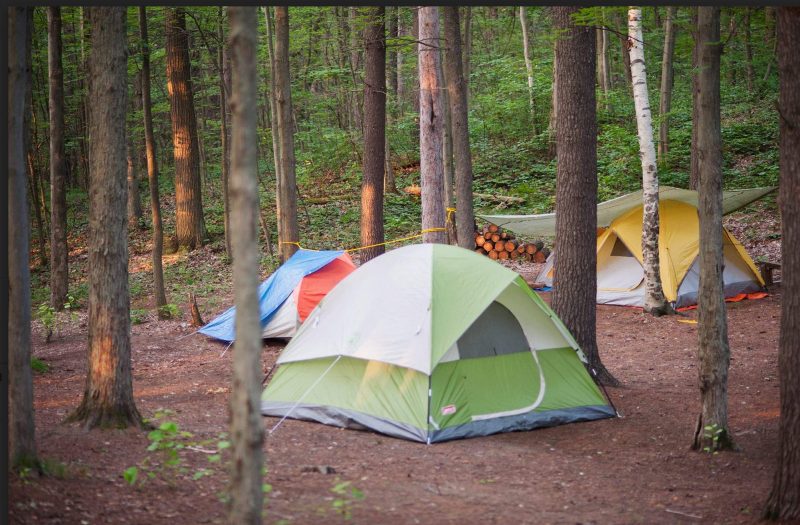 One of several campsites on the Cobourg Scout Reserve. Scouts Canada ended its lease with Northumberland County in December 2020 after it was unable to find sufficient funds.

Sometimes news stories are complex. There is a need for many voices, and interviewing just one person doesn’t capture everything going on. This week, Consider This Northumberland is doing something different. Rather than its usual interview format, a short documentary feature is being used to tell an important story impacting kids in the county and beyond.

In February, county council passed a motion to end a lease agreement with Scouts Canada for the Cobourg Scout Reserve on Highway 45. Due to the pandemic and other factors, the national organization felt it could not financially sustain the county’s offer of a one-year lease.

It is easy to imagine the impact on the kids. Some of them are as young as five years old. Others are in their teens. It was a place where they went camping. They sat around a campfire, sang songs, hiked the trails. Now, it’s gone.

Some of the parents of those kids also camped at the Cobourg Scout Reserve when they were young. The camp has existed for more than 30 years.

One of the scout leaders, Samantha Morton, posted a passionate plea on Facebook in mid-March. Throwing caution to the wind, she stood outside the camp on the side of the highway with trucks and cars zooming by. She recorded an emotional video about the significant loss and posted it.

In the video, Morton also suggests the county needs to be more transparent about its decision.

The county will tell you it was a decision made by Scouts Canada. In fact, the county is finalizing its Northumberland Forest Master Plan. It started in 2018 and involved public meetings and consultations. The final version is expected to go in front of politicians later this year.

Under Objective # 8 called Finance, the draft plan describes ways the county can generate revenue from the forest. One subsection speaks to reviewing all current leases. The Boy Scouts was one of those. The Great Pine Ridge Snowmobile Club was another. You will remember in the winter, the club was banned for using trails due to a dispute over its lease.

But there is another subsection specifically for the Cobourg Scout Reserve. It proposes the possibility of a public-private partnership.

In this story, you will learn more details about the decision. You will also hear from local scout leaders as they describe the impact of the county’s decision and why Scouts Canada chose to walk away from the camp.