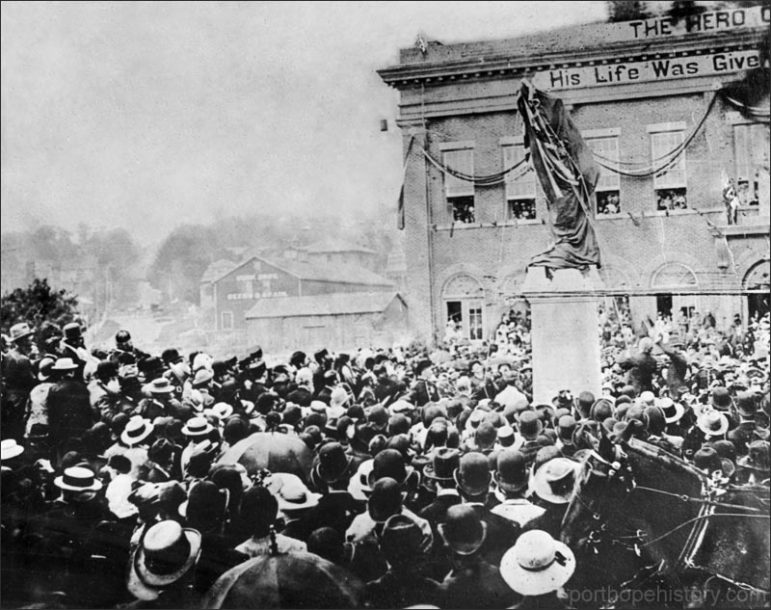 Out of these concerns, other discussions have emerged, reflected both globally and locally.

One of those debates is over the statue of Lt. Colonel Arthur Williams in front of Port Hope town hall. It raises concerns about aggrandizing historic figures who represent people who participated in racist activities. Williams was born in Port Hope and served in the militia during the Northwest Resistance in 1885. He led a decisive battle at Batoche.

Elsewhere, statues and monuments are being challenged. In some cases removed, or, in other cases, defaced or torn down by protestors.

Professor David MacDonald, of Guelph University, has written about this issue. He will provide insight into the role of monuments and statues and talk about William’s statue in particular.