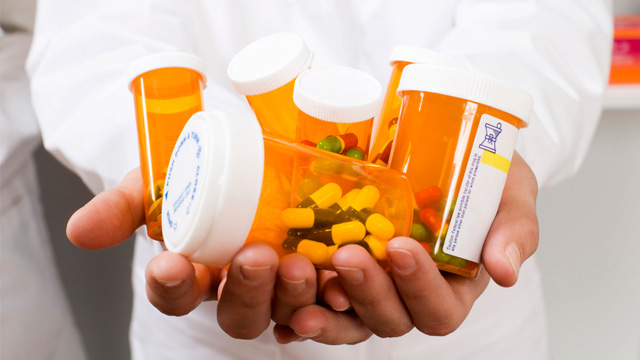 Creating a national drug plan is in the news these days following the release of a major study in the Canadian Medical Journal this week saying it is affordable and doable.

It was also one of many subjects raised at a recent public meeting talking about local healthcare issues held in Port Hope.

It is not complex. People would be charged $2 to get a prescription filled anywhere in Canada ($10 if it was a brand-name). It would also establish a national formulary of eligible drugs. (It is a fancy way saying an official list of drugs covered under the plan.)

The advantage is the incredible bulk purchasing power of a national plan. The federal government could negotiate with the international pharmaceutical industry to get the lowest prices possible.

And, it is not rocket science. Most Organization for Economic Co-operation and Development (OECD) and all European countries have plans.

The savings could range between $4.2 billion and $9.4 billion a year.

And, just in case you don’t believe this study, the same conclusions were reached by a 1997 study during the National Forum on Health, a 2010 study done by the Canadian Centre for Policy Alternatives, and in a 2013 report for the C.D. Howe Institute, along with a 2014 study for the Canadian Federation of Nurses Unions.

There are two reasons it is not implemented.

The first is ideological. To create a pharmacare program would shift costs from the private sector to the public sector. So instead of businesses and employees paying premiums for benefit packages, we would pay through our taxes. Since the drug costs would be so much less, we would all save. Provincial governments would also save in the same way.

But there is no way on earth Prime Minister Stephen Harper and the Conservatives would ever shift any program from the private sector to the public sector. Other parties are afraid of possible runaway costs, similar to what is going on with Medicare.

But the other major hurdle is far closer to home.

Currently, provincial governments have partial drug plans. In Ontario, the plan covers people who are over 65, people living in long-term care or homes for special care. It also covers medications if you are enrolled in the Home Care program or if you live on a low income or cannot afford certain drugs or you are on social assistance. Then, there is coverage for a number of specific, unusual cases.

But what if you are one of the growing numbers of people who do not fall into any of these categories.

Let’s say you work part-time in what is called precarious labour. There are no benefits. There are no programs. And, what about those people who have a good job but no benefit plan. There are all kinds of self-employed people or contract workers or those employed by a small business or people working for a non-unionized company where it is just not available.

As the economy continues to struggle, more and more people are becoming either self-employed or turning to precarious jobs. This trend is growing.

It just doesn’t make sense. While you can get medical treatment, it may not do any good if you cannot get the medicine to recover. It is like giving someone the handle of a paddle without the blade and telling them to take a canoe upstream.

The hardest thing is to convince people something should be done when it does not affect them. And that is the biggest reason pharmacare does not exist.

Pharmacare is needed. For now, it may seem like a marginal group of Canadians. But in the very near future, it could be a lot more, especially for young people as they enter the workforce or as the economy continues to restructure in the future.

With a federal election on the horizon, it is the best chance to move this plan forward. Locally, it should be a central part of the debate. It is up to Northumberland County voters to place it there. Not for ourselves, necessarily, but for those in our community who need it now and for future generations.