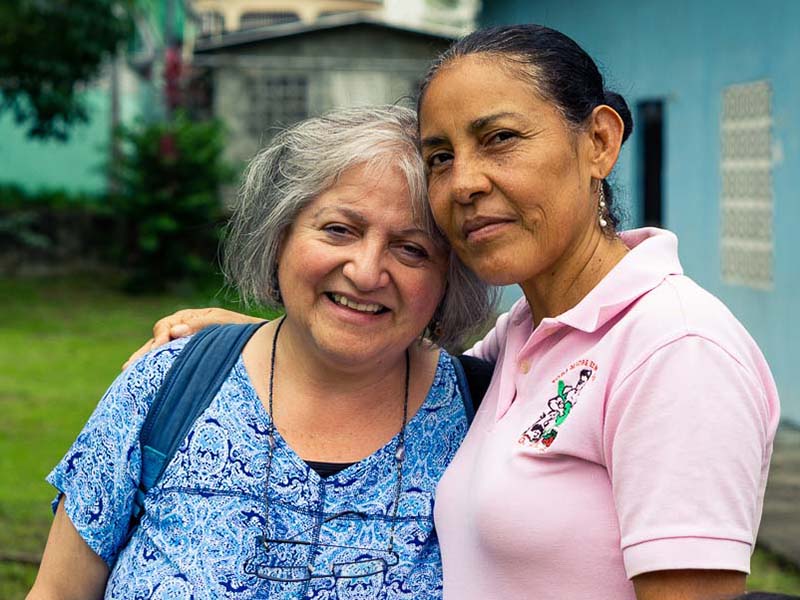 Patricia Rebelledo (left) is with one of many people she works with in Central America as executive director of Horizons of Friendship. Robelledo is retiring on April 1.

Above a thrift shop in downtown Cobourg are the tiny offices of Horizons of Friendship. This international non-government organization has supported various groups across Central America since the mid-1970s.

Back in 1990, Patricia Rebelledo arrived from Costa Rica to join the staff to work with various groups in that region of the world. Not too long after her arrival, she moved up in the organization until she became executive director. For the past 20 years, she has guided the organization to take on projects to help indigenous people, women, children, and others in the face of political hardship, economic disparity, and natural disasters. The most significant of those was a $13.5 million maternal and child health program that dramatically changed the lives of pregnant women, young mothers, and entire communities. Patricia will talk about this and other projects as she prepares to retire. Here is the interview that was done on her second to last day on the job.