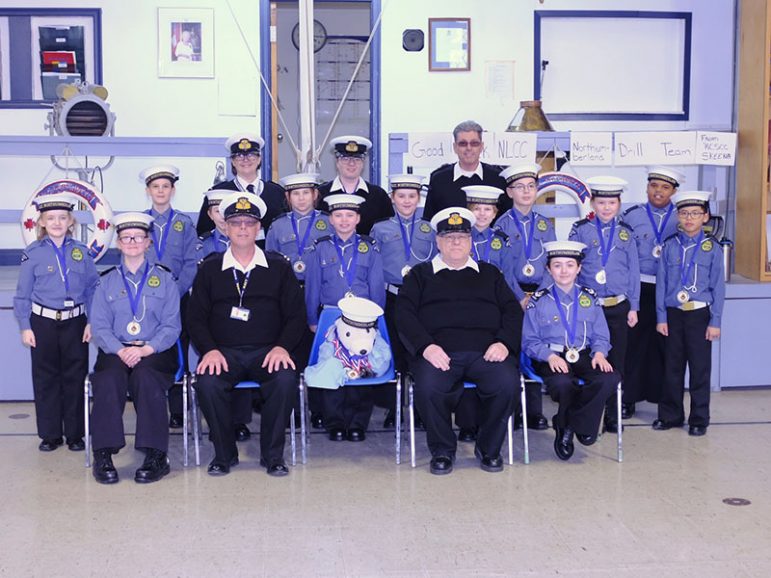 The Navy League of Northumberland cadets with their leaders. Lt. Michael Pigeon is the second from the right in the first row. Photo submitted.

Learning seamanship might sound like something out of a swashbuckling movie like Pirates of the Caribbean. Yet twice a week, about 23 young people between the ages of nine and 12 meet at a hall on Mill Street in Port Hope next to a fish and chip shop to learn the skills of sailors and much more.

The Navy League of Northumberland has been a going concern since 2003. And its leader, Lt. Michael Pigeon, was recently recognized for his service to the organization. He received the National President’s Award for his outstanding contribution to the Navy League of Canada and for his work with the local group.

Due to the pandemic, Pigeon was not able to get his award in the traditional presentation ceremony. Instead, he received a call and was told of his honour.

Pigeon said the Navy League Cadets is a little known program that serves an important need in the community.

The diversity of skills the kids receive is broad.

While the national president’s award is a lovely honour, Pigeon said. He does it for the young people. He sees it transform lives. Once they put on the uniform, it changes them. This is the reward for all the hard work. He remembers one young woman particularly.

Everyone benefits. From the volunteer officers who donate their time to the young people, as well as himself, everyone walks away a better person.

Nobody could say it better.