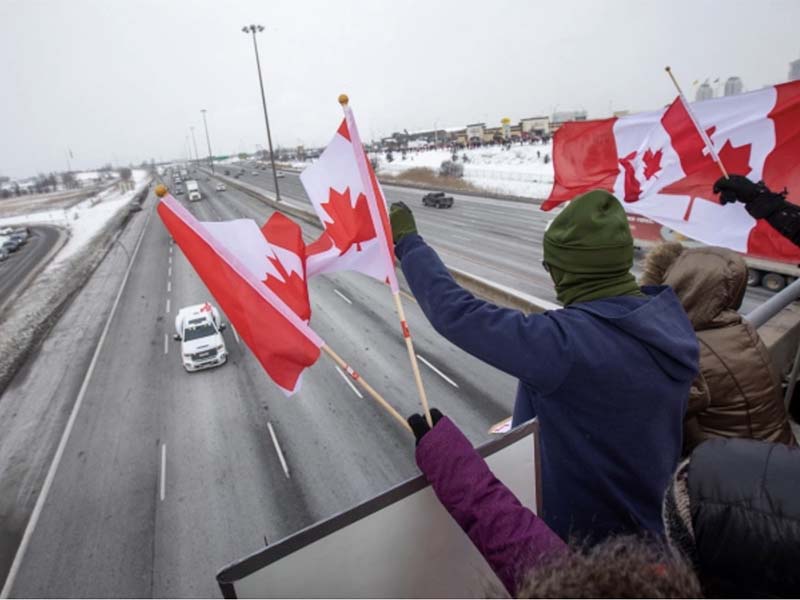 Truckers travel across Highway 401 on their way to Ottawa as crowds cheer them on. The convoy has expanded from a protest in Ottawa to multiple locations across Canada and worldwide. Social media, especially influencers, have played a key role.

Many people know the reality TV star, Kim Kardashian. Her fame makes her an international celebrity with millions of followers on social media. She is also an influencer. That means she is paid to promote products and brands through her endorsements on her social media accounts.

Kim Kardashian is only one of the thousands who marketers use to promote products and services. It is estimated to be a $15 billion business.

But influencers can play another role. They can have a significant effect on how people think and act. Some followers can identify so strongly with an influencer it can replace the role of friends and family.

Influencers are not just celebrities. They exist in many places, including Northumberland County. While they do not boast the millions of followers of the stars, their impact can be felt locally.

Over the past few weeks, the Freedom Convoy has gathered both momentum and support for its cause via social media. It also used social media to organize the protest as it crossed the country. Influencers played a key role.

The show broadcast on Northumberland 89.7 FM is a special feature rather than the usual Q&A. The full interview is provided in the typical Q&A format.