Officially, this is James Cockburn Day in Cobourg, NOT Simcoe Day.

Cobourg council was great 12 years ago when approached to create this special day. There was talk the entire province was going to go with Simcoe Day. The politicians of the day saw the value in creating this day as an opportunity to celebrate local history and remember Northumberland County’s Father of Confederation and the first speaker of the House of Commons in 1867. He was also a municipal councillor and a well-respected lawyer. 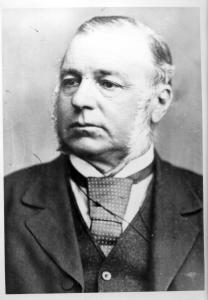 The James Cockburn Society works diligently to ensure the day is not forgotten. During the first nine years of James Cockburn Day celebrations, there was not much interest from the public or politicians. However, Mayor Peter Delanty sought to remedy this three years ago, when the 10th anniversary of the declaration occurred. Since then, each year, the town provides amazing leadership and the day is celebrated. Public awareness and grown. A one-person play even exists about Cockburn.
Toronto can have its Simcoe Day, but the editorial in the Toronto Star should go one step further. Rather than one person being celebrated, why not get each municipality to find someone of historical significance and honour them. Oliver Mowat Day or Alexander Galt Day or William Purvis Day or whomever. The day should be about local history and genealogy. It should be a time to remember our roots so we can shape our future.