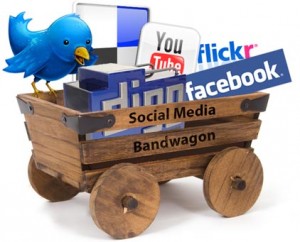 The council reports at the end of the Cobourg council meeting need to be reconsidered, if not thrown out.

During regular council meetings (every second week), Cobourg council ends with an agenda item called council reports. It is where each member rhymes off all the various activities done over the past two weeks as the audience from the local cable station looks on.
The list includes meetings, dinners, public appearances, and tidbits of interesting news, research, and so forth.
If it sounds boring, that is because it is. In fact, it is painful.
While wrapped in the notion that this is an act of accountability to the taxpayers of Cobourg, it is a thin veil.
It is no more than an exercise in self-promotion. Sure, it lets the citizens of Cobourg know how busy these people can be as a local elected official. And, there is no doubt that is beneficial in a few ways.
But, it goes on forever. The mayor is usually pretty good, giving a quick list of items. But others seem to dredge up everything shy of how many cups of coffee they drank as part of the report.
A few months ago, Coun. Miriam Mutton went on a length about an event she attended on some environmental issue. Her report was technical and, frankly, really boring. Her enthusiasm was genuine and the information sounded important. But, do we really need to hear this?
And, some councillors itemize regular monthly meetings as if we are suppose to be impressed they are doing their job. We don’t need to know the safety committee met or the budget process is underway. Tell us when you have something important you want our opinion on or when the task is complete, please.
For the past few weeks, when doing the live blogs of council meetings, Consider This has suggested the politicians start using social media for this purpose. In fact, we do not post the reports. Instead, we want to see a blog, a Facebook page and/or a Twitter account are the place to start.
This way, those citizen most interested in tracking the whereabouts of councillors are free to subscribe. And, it would be an opportunity to provide a nice little stream of information each day, so we could see all the places where they go and what they do on behalf of the town. Twitter would be perfect for this. May I suggest the hashtag #Cobourgcouncil, so we could search stuff really easily.
Now, we could tune in. Not only will we know when and where a particular politician is when doing his or her thing. But, we might be able to send along a comment or two. Share it with our friends. If we have a concern or question, it can be addressed immediately.
The blog would be the value added. Here is where Mutton can go on at endless length about the cools things she is learning about. Heck, she can even share the reports and documents herself. Then, we can all read them, if inclined.
The blog would also provide an opportunity for analysis, comments, questions and general interaction.
Citizen engagement has moved on from backslapping diatribes and newspaper columns. Politicians can have an ongoing conversation with their citizenry. It would make communications more fluid, provide greater opportunity for exchanges and open new channels for those who may not have the same access due to modern constraints placed on people’s lives.
It also gives them an opportunity to speak directly to citizens, not through the traditional media platform – ones that are mediated by others. There are plenty of tools to moderate and block unwanted materials or people. In the meantime, it adds to their transparency and accountability by leaps and bounds.
Since most of the councillors have a smartphone and a laptop, they should not be just for viewing council documents.
A few weeks ago, when the debate over changing the council’s start time took place, Coun. Forrest Rowden stood up and said, “We live in the 21st Century.” While a ridiculous point to make at the time, it certainly fits here.
Heritage is great. Tradition is wonderful. But, Cobourg politicians need to join the rest of us. Time to get control of the councillor reports and start using some modern tools.