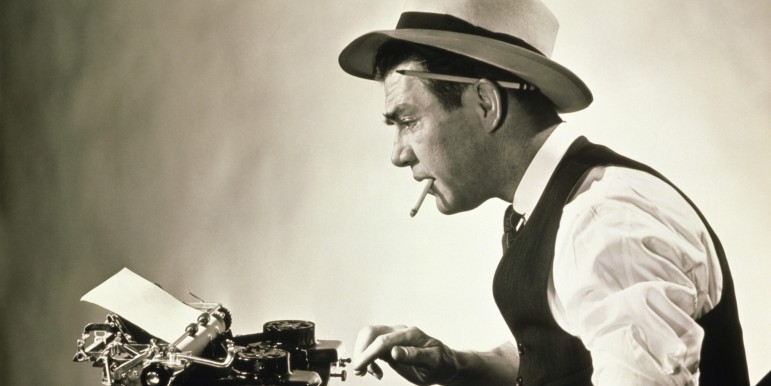 Side profile of a journalist typing on a typewriter

Having just spent the last week working as a reporter for two different platforms, the experience was amazing.

As always, it is through the experience something new is revealed. For two weeks I am reporting for both Northumberland Today and the community radio station Northumberland 89.7 FM.

The newspaper’s managing editor generously supported the idea and the radio station is very accommodating.  Days are spent gathering news and by 4 p.m. I am delivering a 7-minute newscast that is recorded and repeated throughout the evening.

Of course, the writing styles are hugely different and it is taking time to make the shift from one to the other more smooth. Time management is a critical issue as I meet the double deadlines. Several times this week there was a real crunch.

On my best days I was able to write three stories for the newspaper and do the cast. These are pretty straightforward stories from meetings, follow up pieces and some community features. I am also learning to integrate both tasks so I am writing the newscast as I am waiting for call-backs.

As always, when doing these summer stints, it is great to take the theoretical and make it practical. Winters are often spent reading all kinds of new academic articlesl, new textbooks and watching endless online debates via social media (along with a few online seminars thrown in).  But, it is not until these few weeks in a professional newsroom where the rubber hits the road and I get to really test drive stuff.

So, here are some examples of my first week’s worth of stories from the newspaper. I will try to gather up the podcasts from the radio station. My news reading is the biggest challenge since it has been a very long while since I was required to do this.

Thanks to all for the support. I love learning.

Here is a sample:

A plan to create a new park in Cobourg’s west end received an enthusiastic response from at least one local resident Wednesday. More

St. Paul’s Presbyterian Church in Port Hope is offering a unique musical experience starting on July 13 that organizers are calling a leap of faith. More

Romance is not dead at Cobourg council.

Ignoring a staff report, a majority of Council said “I do” to a Forth Street couple’s request that they grant an extension of the noise bylaw for their wedding day in August. More

As the Supreme Court of the United States announced its historic decision to legalize same sex marriage recently, former Northumberland – Quinte West MP Paul Macklin took a moment to reflect on his own role in creating similar legislation in Canada a decade ago. More

Call it the Bank of Cobourg.

Town councillors listened intently Monday night as two consultants presented a comprehensive report detailing an investment program to fix up buildings in the downtown. If adopted, it could mean up to $10 million in loans, mortgages and other investments would be made available to spruce up as many as seven buildings in the core. More

A Greek ex-pat says he would have voted No in Greece’s referendum over the weekend, adding he was opposed to the austerity measures proposed by the European Union.

Chris Koukidis, owner of the Corfu Grill restaurant, applauded the results of the vote held Sunday in his former homeland. He believes the European Union and Greece’s creditors were hurting the Greek people when they demanded a $242.8 billion euros ($271 billion US) payment to the International Monetary Fund. More