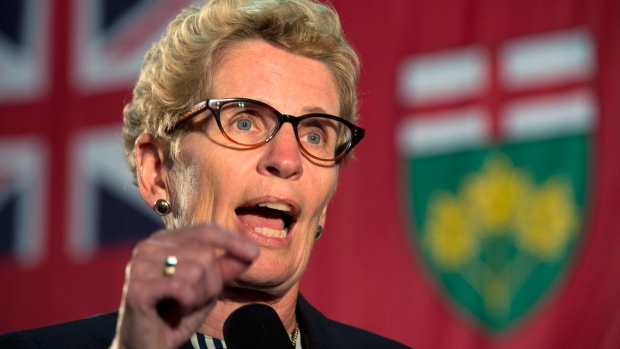 In a page straight out of the neo-conservative handbook, Premier Kathleen Wynne announced last week the Ontario government would sell off 60 per cent of Hydro One, the province’s electrical distributor, through a public offering.

The government would retain control over the appointment of board members and individual shareholders will not be allowed to control more than 10 per cent of the shares.

It is the latest in a series of policy decisions that make the Liberals look more like Tory-lite rather than true progressives. And yes, just like light beer, it is less satisfying.

In a mind-numbing, shortsighted move to generate quick cash to bail themselves out of a financial crisis, the Liberals will lose a major source of revenue, as well as undermine an important public utility.

The entire reason public utilities were create in the first place was a recognition of the need to provide certain services for the benefit of all, outside of the usual profit-driven model of regular businesses.

According to the Centre for Policy Alternatives, the move will generate $4 billion for infrastructure, a mere pittance considering the premier hopes to spend $29 billion on new transit for Toronto and improve highways. On the flip side, it will lose the annual revenues generated by the public utility; somewhere between nine and 11 per cent of the $6 billion it makes every year.

The Centre’s report also points out a similar move in Nova Scotia has resulted in the highest rates paid by consumers in the country.

But for more than 30 years, the public has listened to neo-conservatives blathering away, claiming the private sector is better suited to providing almost all services. And, in fact, governments should act more like businesses, seeking to cut costs by divesting itself of any assets.

What makes this even worse is the abysmal record of the Liberals in previous efforts, like E-health, a computerize system for health records, where the Liberals lost $16 million in untendered contracts. And, there is the MARS building where the Liberals paid out $309 million to bail out the nearly empty office tower. This on top of the gasification plant and the ORNGE air ambulance debacle are part of a growing list mismanaged private/public enterprises.

But the most worrisome aspect is the adoption of policies that read like the pages of the Common Sense Revolution. In fact, former Premier Mike Harris made the same suggestion in 2001, saying he would sell off Ontario Hydro and the LCBO. Wynne is nearly doing the same thing; only she is focusing on the Beer Store.

It is so apparent the need for new revenues in rural Ontario, with Northumberland County being a prime example. Hospital budget crunching, school closures, deteriorating roads, sewers and water services and so on are all indicators of the lack of money flowing from Queen’s Park.

Instead of trying to be Neo-Progressive Conservatives, maybe the Liberals should slow down, take a deep breath and a step back. It is time to remember what it is to be a progressive rather than Conservative.

Selling off a source of revenue is not an answer. Breaking the beer monopoly by selling brew in grocery stores to generate more money is a good response because the province will increase opportunities for revenue. And, there are plenty more good ideas floating around.

If they don’t, then Ontarians will be the ones seeing red. And, it won’t be the colour of any Liberal logo.