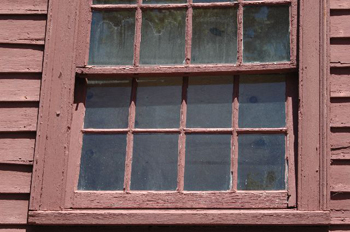 The debate over a proposal to install new windows at 14-16 King St. West in the Heritage District in Cobourg represents the very worst of preservation policies and politics Monday night.
Landlords Karen and Joan Chalovich were in the public gallery when council received its report from staff about a proposal to replace an old set of windows with some new ones along the main street in the downtown. Joan Chalovich, a former mayor, was one of the people who was instrumental in getting a heritage district for Cobourg. She is also a long-time supporter of Barnum House in Grafton, the county’s museum and one of the most important historical buildings in West Northumberland.

Still, during a presentation by Karen, her daughter, the point was made about the high costs of replacing the windows by rebuilding them with wood. This is the preferred method by preservtions, town staff and the Cobourg Heritage Committee. Wood replacements would cost about $30,000, according to Karen. Vinyl is substantially less.

Council voted down staff and the heritage committee, allowing the Chalovich family to go forward with the vinyl.

A troubling debate ensued on Monday night. Councillors Miriam Mutton and John Henderson tried to make a defence of the bylaw, but there was little reason to believe a former mayor was not going to get her way. She was so confident of the outcome, she left early.

But the sad part of all of this is the gutless nature of Cobourg heritage policies. Council put in place some very strict guidelines. But, it seems when it comes time to enforce them, every backs away, especially when it is either a developer or a business person standing at the podium. Costs are alway cited as the main reason no one can comply. Certainly, it is a barrier, but when someone purchases a heritage building, there is an inherent responsibility coming with it.

But more troublesome is the a deeper issue of original materials versus other materials. The Cobourg Heritage Committee needs to revist its guidelines in the face of advances in technology and materials. It should consider reasonable facsimiles of affordable materials. If these are visually equal to original materials, does this achieve the same result. Purist will argue the need for original materials in an effort to create a “truer” reproduction. But maybe in the modern context, if a visual representation is accurate and it is more likely to get buy in from owners, then it may be more useful.

No doubt, $30,000 is a lot of money. The town offers loans and there are other incentive programs to help. Still, a more sophisticated approach might be creating resources that are approved in advance, like windows, etc. in a wide price range. Then staff and the heritiage committee might be able to recommend a range of solutions from ideal to suitable that will give both a price break and still maintain the heritage aspects.

Considering the town won a provincial heritage award only a few days ago, it seems highly hypocritical to approve the vinyl windows for a heritage building. Members need to step up and be more serious and support staff and the committee or else we might as well throw in the towel now.

3 thoughts on “Get serious about heritage or go home”