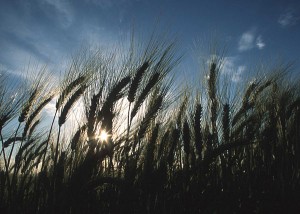 The drought in the United States, one of the worst in 50 years, casts a very dark shadow around the world as farmers are being crushed into bankruptcy and destitution.
As political leaders south of the border gather to hold their respective party conventions, the stories of these small-scale farmers, who are being pushed out of the only life they have ever known, will be lost in the tightly wound world of political puppetry known as modern national election campaign.
Canadian farmers face a different story, one containing mixed messages, but it draws a similar political response from our leaders.
Statistics Canada released figures last week announcing record canola production, along with increases in wheat and barley for the prairie farmers. A headline in the Edmonton Journal followed with headlines reflecting the cautious optimism of Alberta farmers as they are working to get the bumper crop into the bins.
Farmers on the east coast are also enjoying some degree of confidence as the media is reporting a shortage of farm help to pick plentiful crops.
Ontario is less fortunate. The long-lasting drought conditions (similar but not as bad as the United States) have farmers calling for financial aid. Corn, hay and soybean crops are the most seriously affected with the dry conditions with Eastern Ontario being one of the hardest hit areas.
Northumberland farmers are struggling. Apple farmers are reporting poor crop yields following an early spring, followed by a killing frost and then a summer drought. Local orchards are taking a wait-and-see approach, but the situation is grim especially for smaller farms.
Farming and its related businesses in Northumberland is a huge business, worth about $95 million, according to census data. So, when farmers start worrying about poor crops, it can be said with certainty this will affect the local economy beyond the agriculture sector.
Northumberland MPP Rob Milligan, along with Progressive Conservative critic for agriculture Ernie Hardeman, were roaming fields in the county last week trying to draw attention to the critical situation.
For them, the hard times farmers face is due to over regulation and stifling red tape. And rather than talking about helping the agriculture sector through aid, the message is the opposite: government needs to get out of the way.
Meanwhile, Ottawa is not about to offer any fiscal solace either. While farmers are looking for aid, the federal government is poised to cut millions from farm support programs such as crop insurance and disaster relief.
Negotiations are underway, but instead of expanding program, the Agriculture Minister Gerry Ritz is looking for a higher threshold for access to fund and then lower payouts reducing government support. There is even talk of financial caps on stability programs, which provide money to farmers if their yearly income drops below a certain percentage of a five year average.
Meanwhile, the provincial Liberals have everyone distracted with back-to-school woes as they battle over contracts with teachers, leaving farmers in the lurch.
It is nice Mr. Milligan is taking an interest, but it is only to provide a platform for policies to gut support for famers, just like their big brothers in Ottawa are planning. This means family farms, like the majority in Northumberland, are going to be in big trouble, while huge agri-businesses will take over the food supply because they will be the only ones who can afford it. Or, Ontarians will be getting their food from places outside Canada, reducing our food security.
Meanwhile, let us brace ourselves for skyrocketing food prices this fall and winter. But, let’s also try to find hope through the efforts of people in the community, like those organizing the 100-mile diet on Sept. 9 in Grafton. While the initiative might not solve the crisis this moment, it could be a longer-term solution for the county and enhance our ability to sustain ourselves.